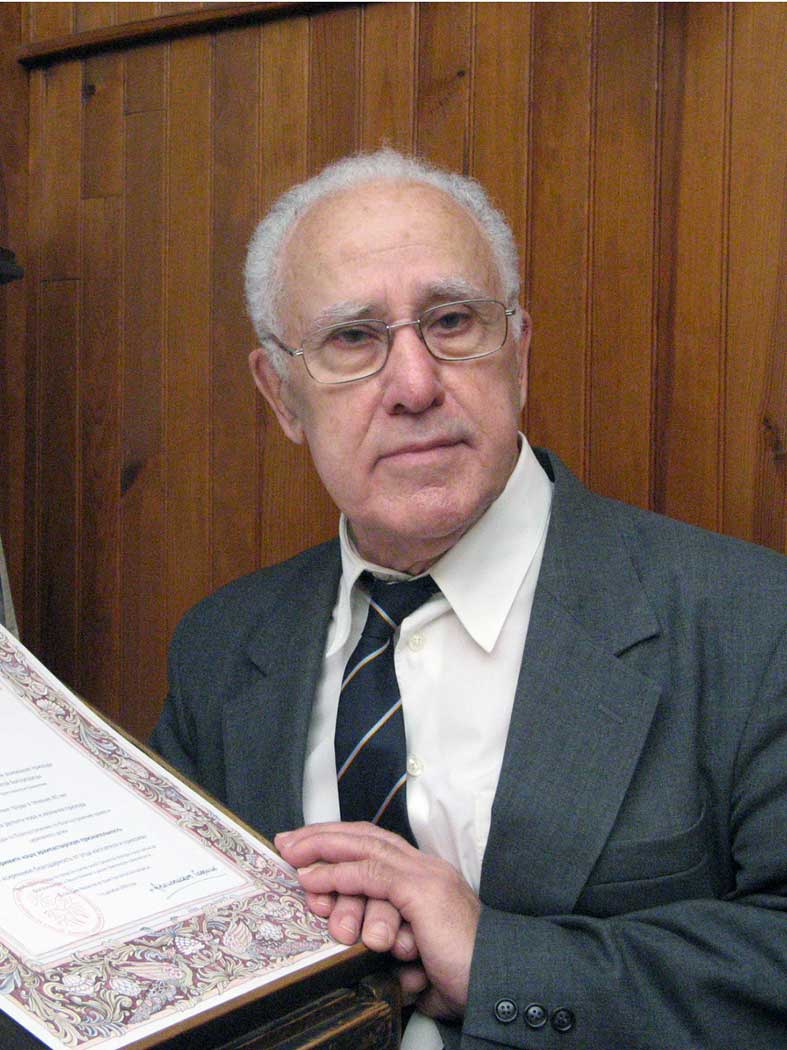 Oleg Nikolaievich Lavroff was born in Paris in 1930 to a family of emigrants who had left Russia through Constantinople.

Oleg Lavroff is a typical conductor of the first wave of emigration: he learned everything by doing without theoretical preparation; he started singing in the church choir at ACER's summer camp. When former opera singer of Mariinsky Theatre in St-Petersburg Alexander Dorimedontovitch Alexandrovich, a specialist in Russian folk music, came to ACER, he got many young people interested in singing, including Oleg Lavroff.

Oleg Lavroff learned to sing in the choir of the Saint Serge parish and participated in concert tours with Theodosius Spassky.

He began as a choirmaster in the church of Petit-Clamart, near Paris, where he was tonsured reader in 1954. He had to become familiar with the ordo of services. For ten years, he then led the choir in the church of Saint Seraphim of Sarov, rue Lecourbe in the 15th district, where there were more singers. Some of them followed him when Father Igor Vernik called him to serve at the Church of the Presentation of the Most Holy Mother of God, rue Olivier de Serres, in the 15th district of Paris (the Church of ACER). Oleg Lavroff gladly accepted: he was a member of the Movement and had sung with Theodosius Spassky who had been the choir director of the parish. He continued to use Theodosius Spassky's repertoire and immediately introduced new songs, which the choir learned at rehearsals that took place twice a week, making it easier for novice choristers to learn quickly.

Oleg Lavroff is a calm, kind, humorous person who has attracted a lot of singers. He accepts anyone who wants to sing and thinks the less gifted will leave on their own. As at one time there were services in French in the parish, Oleg Lavroff produced a collection of songs in French adapted from the Slavonic repertoire of the parish.

In 1988, the Millennium of the Baptism of Russia, many Russian choirs came to Paris to give concerts. Oleg Lavroff then thought that a choir from emigration also had to take part in the celebrations and created the "great choir of the Presentation", which learned in 4 months the pieces for the concert, which was given on the 1st December 1988 in the American Cathedral in Paris. During this concert one could also hear a choir of men, directed by Jean Drobot, the future protodeacon of St-Alexandre-Nevsky cathedral.

The large choir has existed for more than 30 years, which is a rare duration for a Russian concert choir in France; its activity has had to cease due to the pandemic. It mainly performed religious pieces, but occasionally also Russian folk songs. In 1996, a CD was recorder, a sample of which can be found here:

The great choir has performed in many churches in Paris. It opened the Festival du Marais Chrétien in 2003, at Notre-Dame Cathedral in Paris, sang twice at the Madeleine and at Saint-Germain-des-Prés and in many other churches in Paris and in the provinces. Even when a piece seemed difficult to the choristers, Oleg Lavroff insisted, demanded effort and achieved his goal and thereby allowed the singers to progress.

Oleg Lavroff worked at the information and documentation department of the French aerospace company Aérospatiale and retired at age 60. He then decided to devote his strength and knowledge to the Archdiocese. He was elected to the Council of the Archdiocese and worked as treasurer with Archbishop Serge (Konovaloff) of blessed memory, until the latter's death.

During this period he created the SDO (Services Diocésains Orthodoxes) to replace the candle factory of Saint Serge. He was for a long time the manager of the SISP (Colline Saint-Serge). However, he did not give up his work with the parish of the Presentation. He conducted the choir, did not hesitate to step on the roof of the church to repair and clean it, and headed the internal renovation of the church in 1993. He took care of the accounts of the church as well as the accounts of the Kniazeff Fund created in 1990 by a parishioner, Anastasia Lebedeff, in memory of Father Alexis, to support students of the St Serge Institute. It was only recently, at the age of 90, that he decided to hand over the function of treasurer to another parishioner. To this day, he continues to take an active role in the parish.

How should we characterize Oleg Lavroff? Patience, love of neighbors, Oleg accepts everyone as he is, with his qualities and faults. People can feel it and appreciate it. Oleg adapts to people, knowing what he wants. He knows how to create an atmosphere of celebration and friendship, he is a "peacemaker". This quality is priceless in a parish.