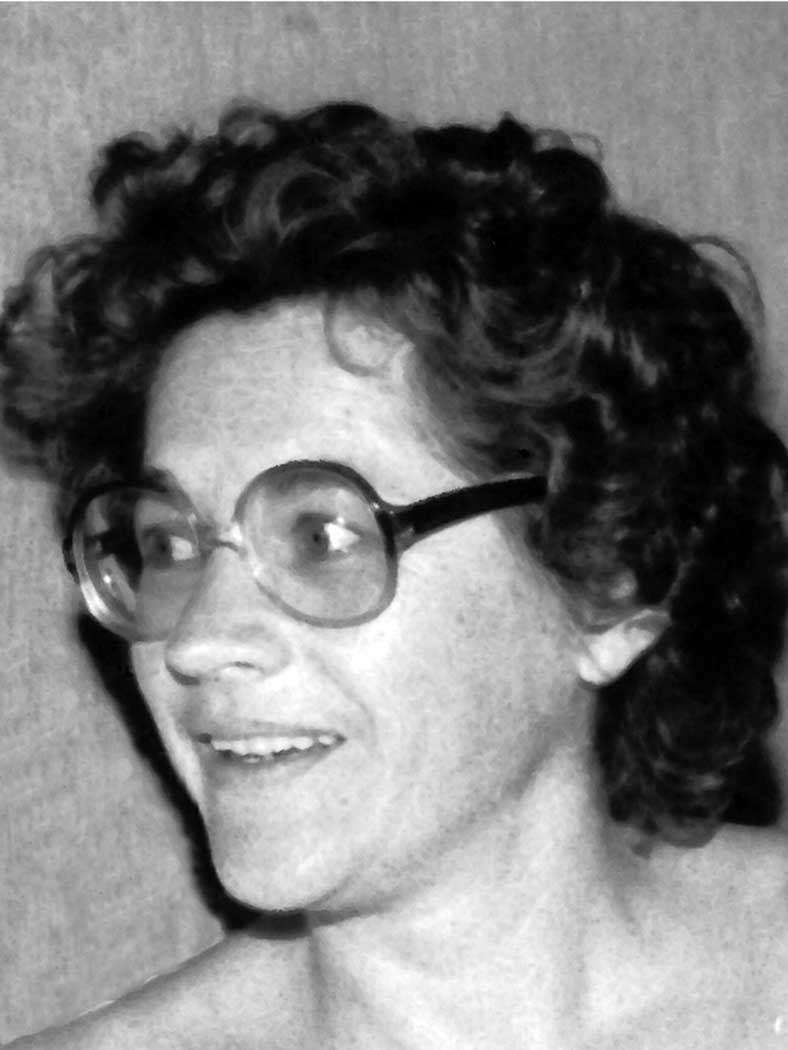 Ariane Evguenievna Gabard was born in Paris on September 28, 1935. Residing in the 15th arrondissement, she was a parishioner, with her family, of the Church of the Presentation of the Most Holy Mother of God to the Temple and educated at the Maintenon Institute. She married Alexis Nicolaevich Kirianenko in 1955. A graduate of the Institut des Langues Orientales, she worked at the Atomic Energy Commission, where she was in charge of translations and teaching Russian language to engineers. She received academic awards. From 1990 and until her last days she took an active part in the design and formatting of the Orthodox calendar of Russian scouts in Russian and French.

A pupil of Nina Yourievna Karandakoff, she practices choral singing in the scout camps of the NORS (National Association of Russian Scouts) of which she is an active member. In the 1950s, she accompanied her future husband A.N. Kirianenko to classes given by Theodose Gueorguievich Spassky, choirmaster of the Church of the Presentation of the Most Holy Mother of God at the Temple, rue Olivier de Serres. She actively participates as a chorister in the development of the Scout choir, which will become the choir of “young people of Russian origin”, then choir of the Holy Trinity under the direction of her husband.

Alexis Nicolaevich Kirianenko will direct this choir from 1951 until his death in 1965. The direction of this choir will be taken over by VA Korelsky then S.T. Spassky during this period. It was Serge Theodosievitch Spassky who renamed the choir, made up of 30 to 35 choristers, as the Saint Alexis choir in homage to its founder.

S.T. Spassky can no longer direct it for professional reasons, Ariane Evguenievna Kirianenko will take over the direction of the choir. The repertoire she put together from 1978 includes the scores of Gretchaninov Arkhangelsky, Bortniansky, Lvov, Lomakine, Gardner, Kovalevsky, Grigoriev, Labinsky, Tchesnokov, Turtchaninov, Tcherepnin, Azeev, Tchistiakov, Kastalsky, Tourenkov, Ippolitov-Ivanov , Goncharov, Filatiev, Makarov. The rehearsals are organized initially at one of the chorister's appartement in Boulogne-Billancourt, then in the library of St Alexandre Nevsky Cathedral in Paris. According to the remembrance of its members, the relations within the choir were extraordinarily warm and friendly. The renewals of the composition of the choir required the maintenance of great rigor, in order to meet the quality requirement demanded by A. E. Kirianenko, and this in line with his predecessors. Composed of 20 to 25 singers, the Saint Alexis choir retained its status as a "flying" choir, not attached to a specific parish, being therefore available to make replacements and ensure the presence of a choir during services, particularly in the Russian retirement homes in Gagny, Montmorency, Cormeilles-en-Parisis, Sainte-Geneviève-des-Bois, in various parishes, but also during the annual pilgrimage to the Russian military cemetery of Saint-Hilaire-le-Grand (Mourmelon – until 1987) giving numerous concerts in France and even abroad in order to make the beauty of Orthodox singing known to the general public.

From 1982 and until 1992 the choir replaces approximately once a month, on Saturdays and Sundays, the choir of Saint Alexander Nevsky Cathedral in Paris directed by E.I. Evetz, then by B.E. Evetz, singing services, as well as baptisms , weddings, panikhides at the request of parishioners. She also sings the Easter liturgy there on Sunday morning, in order to relieve the choir of the cathedral, which for its part performs all the services of Great Lent, the Holly Week and the midnight service with the Easter liturgy. During all these years Ariane Evguenievna contributed to the activities of Radio Voice of Orthodoxy, chaired by Father Boris Bobrinskoy. The choir accompanies its members to conferences held abroad and gives concerts. A. E. Kirianenko also maintains the commitment of the choir in its participation in the concerts organized by the Association of Orthodox liturgical Chant in the church of St Roch in Paris. The highlight of the life of the Saint Alexis choir under the direction of Ariane Evguenievna Kirianenko will be the commemoration of the Millennium of the baptism of Russia. On this occasion the choir will record in 1987 an album of Orthodox liturgical songs and will have a sustained activity in 1988. Indeed she will participate in February in the concert given at the UNESCO, singing with the choir of G.C. Kisselhof in the first part of the concert of the choir of the Saint Serge Trinity Laura. In March she will participate with the choirs of E.I. Evetz, N M. Ossorguine. L.N. Lentzy, N.P. Spassky at the concert given in the church of St. Roch. 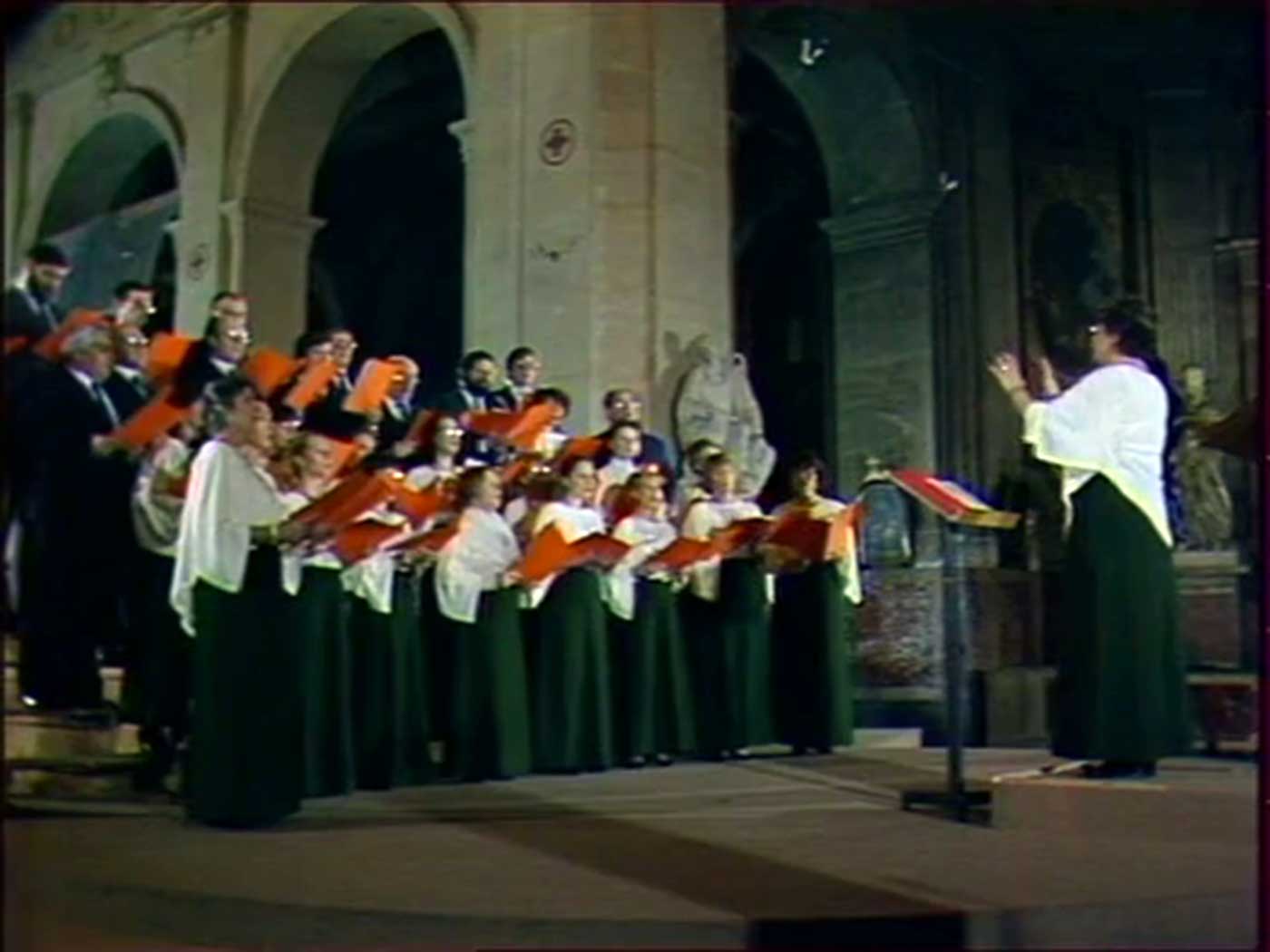 In April, it is with the Easter troparion sung by the choir, that the reception on the occasion of the celebration of the Millennium of the Baptism of Russia will begin, held by the Mayor of Paris for personalities from the world of literature and arts of Russian origin, as well as the "Russians of Paris". In June she will participate with the other Russian Orthodox choirs in the concert given at Notre Dame de Paris, as well as a concert tour in the french province.

The choir founded in 1951 by Alexis Nicolaevich Kirianenko, will have continued its activity until 1995, ensuring the permanence of Orthodox singing with the parishes, the faithful and the public under the direction of Ariane Evguenievna Kirianenko.

A E. Kirianenko died on September 23, 2002 in Trappes and is buried in Auteuil-le-Roi.

May your soul rejoice - A. Kirianenko