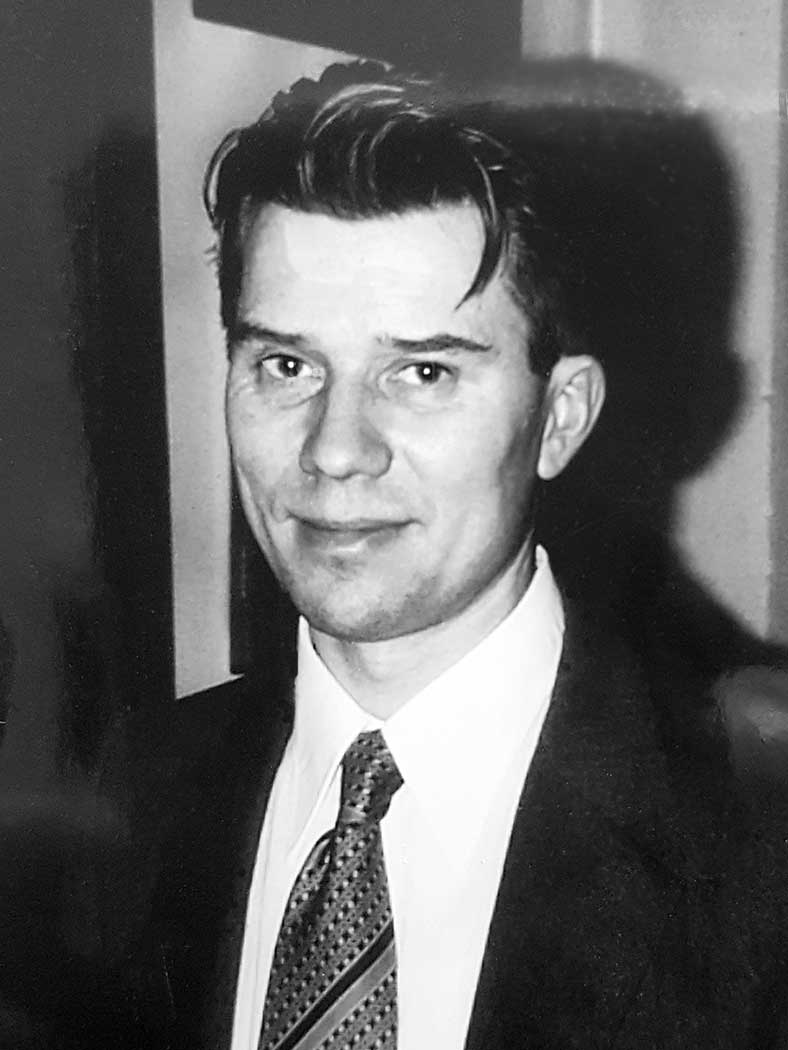 Nicolas Spassky studied at the Russian Lycée in Paris, then entered the National School of Chemistry in Paris (ENSCP), from which he graduated in 1957 with a medal and the title of chemical engineer. In 1962, he passed his doctoral thesis (State Doctorate) in the field of polymers in the laboratory of the academician Georges Champetier. In 1963, he received a post-doctoral fellowship for a full-year internship at the Brooklyn Polytechnic Institute in New York (Polytechnic Institute of Brooklyn).

Upon his return from the United States, he was appointed Research Fellow at the National Center for Scientific Research (CNRS) and worked at the Macromolecular Chemistry Laboratory of the Pierre and Marie Curie University (Pierre and Marie Curie University) in Paris. In 1967-1968, he trained at the Institute of Macromolecular Compounds in Leningrad and visited the polymer laboratories in Moscow. In 1980, he obtained the position of Research Director and the CNRS silver medal for his scientific work in the field of optically active polymers.

At the same time, he taught the “Polymer Synthesis Course” at the Ecole Supérieure de Physique et de Chimie Industrielles de Paris (ESPCI) for 5 years. He was a member of the board of directors of the French Society of Polymers. He is invited on several occasions as a speaker at international symposia in the field of polymers in Europe, America, Australia, Japan and Russia. Together with his group of collaborators, he has published more than 200 scientific papers in various fields of polymer chemistry and organic chemistry and collaborated with scientific groups from different countries and accepted students and employees for internships.

During his student years, he became captain of the men's volleyball team of the Russian Sports Association, as well as captain of the team of the Faculty of Sciences of the University of Paris, which won the championships from France for several years. He was a member and captain of the French university team, with which he took part in two Universiades (student Olympic games).

From childhood, he served in the church. In 1957, he was ordained subdeacon by Metropolitan Vladimir (Tikhonicky) at St. Alexandre Nevsky Cathedral. In 1969, he visited the monasteries and skites of Mount Athos for a month, then corresponded with the monks of the Russian monastery of Saint Pantaleimon. In 1970, he went on a pilgrimage to the Holy Land with a group led by Bishop Methode (Kuhlman). On this occasion, a color film was made, then arranged to music and screened several times during conferences on the pilgrimage in France and Belgium to raise funds for the monasteries of the Holy Land.

He sang in several church choirs in France and the United States and in 1969, he was appointed choirmaster of the Church of the Assumption in the Russian cemetery of Sainte-Geneviève-des-Bois and in directed the choir for 15 years. With the Choir of the Assumption in an expanded composition, he participated in religious concerts and recorded discs of chants from the Divine Liturgy and the Rite of the Triumph of Orthodoxy with the participation of the protodeacon of St. Alexander Cathedral Nevsky, Father Michael Storojenko (future Bishop of Claudiopolis). Then he became choirmaster at the Saint-Nicolas church in Boulogne-Billancourt, where he continued his liturgical music activities with a new choir, with which he recorded a disc (CD) of hymns dedicated to Russian saints.

He also participates in programs on Orthodoxy on television and radio. From the very beginning he was a member of the "Voice of Orthodoxy", created by Father Boris Bobrinskoy for broadcasting religious radio programs in Russia. He records with his choir songs selected for the musical illustration of programs and writes explanatory texts on religious songs during divine services. In 1969, together with I. Vasiliev and A. Filatiev, he founded the Association of Orthodox Liturgical Chants, the purpose of which is the preservation and development of Russian Orthodox church singing abroad. Conducting courses are created, conferences organized with the participation of I. Gardner, M. Kovalevsky, N. Kedroff, A. Javoronkov, E. Evetz, N. Ossorgin and other personalities.

Large concerts are organized with the participation of several choirs and the interpretation of common songs. These concerts are dedicated to Russian religious composers or to selected times of the liturgical year. Since 1983, they have taken place every year in the famous Parisian church of Saint Roch. 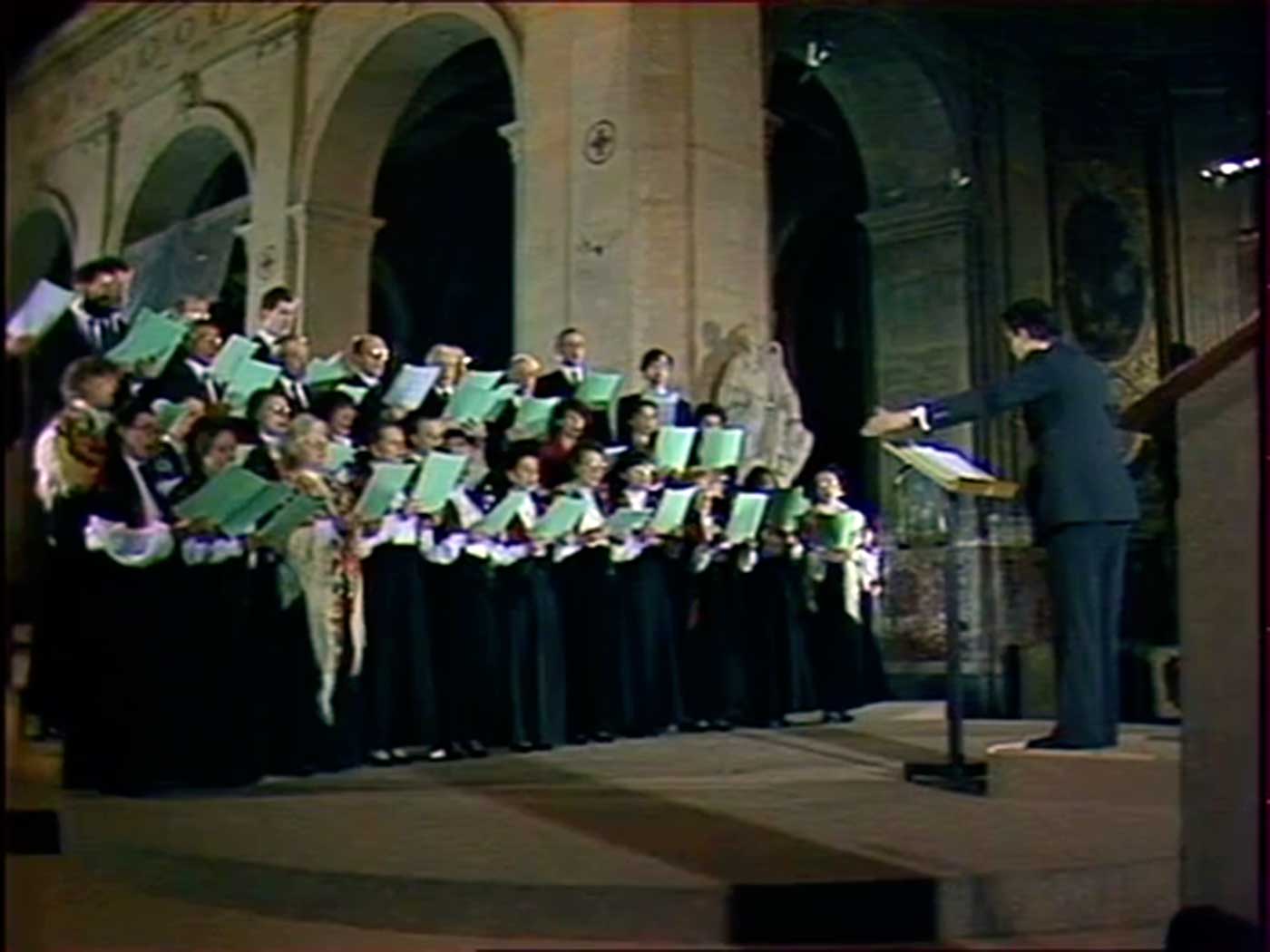 Concert at the Saint Roch Church in 1986

In 1988, on the occasion of the celebration of the 1000th anniversary of the Baptism of Russia, 6 choirs sang in the Notre-Dame de Paris cathedral in the presence of many members of the clergy and faithful. At the end of the concert, prayer songs were performed by all the choirs (more than 100 singers) under the direction of N.M. Ossorguine.

Nicolas Petrovich was a member of the organizing committee "Celebration of the Millenium of the Baptism of Russia". In the eponymous book (Paris 1989), based on newspaper articles written by Nicolas Spassky, the main moments of the celebrations of religious songs are described in detail. It is estimated that during concerts between 1973 and 2003, more than 400 different songs were performed by choirs, many of which were written by emigration composers. Recordings of selected songs from different choirs have been released as CDs or cassettes, as described in the general review: "The Ways of Russian Orthodox Singing in Emigration" (Russian Thought, 2002, No. 4412-4413). In 1995, the first European congress of choir directors took place in the premises of the Institut Saint Serge in Paris.

In 1972, N.P. became a member of the Icon Association, whose president was N.I. Isselenov. In 1979, he was elected to the post of vice-president. He participates in the organization of icon exhibitions, in particular an exhibition dedicated to the 1000th anniversary of the baptism of Russia, which presented ancient icons and icons of contemporary icon painters. He read lectures in Russian and French on various subjects around Byzantine and Russian religious art, accompanying these lectures with a presentation of color photographs. Most of these photos were taken during trips to countries where there are outstanding monuments of Orthodox religious art. Particular interest was also taken in the work of modern icon painters of emigration to France, Europe, whose works were, as far as possible, photographed.

In 2004, during the symposium "The Icon, living liturgical art", organized at the Saint Serge Institute, his lecture "The modern revival of traditional icon painting in the Russian Church in emigration" was read in French, published in 2006 in the catalog of the exhibition devoted to contemporary icon painters.

In 2006, Nicolas Spassky suffered his first stroke - he had four in total - which severely affected his health. His health will gradually deteriorate until his death on March 11, 2020.

Nevertheless, in 2008, he will be able to take a trip to the Don, to the land of his ancestors, during the Third World Cossack Congress in Novocherkassk.

And in 2011, NP contributes to the organization of the exhibition and the compilation of a catalog dedicated to the 150th anniversary of the construction of the Cathedral of St. Alexandre Nevsky in Paris, where for many years his father PV Spassky was Chapel Master.

In May-June 2019, the association "Orthodox Liturgical Chants" celebrates its 50th anniversary with a series of conferences and a major concert in the Saint-Roch church in Paris, an event which unfortunately NP could not attend, its health being much deteriorated at that time.

Nicolas Spassky died in Sèvres on March 11, 2020 of natural death before the start of the global Covid-19 pandemic.

Unfortunately, due to the outbreak of the pandemic and the confinement in France, his funeral takes place in the presence of a small family circle only, in the Saint Alexandre Nevsky cathedral. Metropolitan Jean of Dubna, his childhood friend Protopresbytre Anatole Rakovitch and Protodeacon Alexander Kedroff warmly described N.P.'s contribution to the life of the Russian Orthodox Church in France.

Nicolas Spassky is buried in the Parisian suburbs in the cemetery of Sèvres.