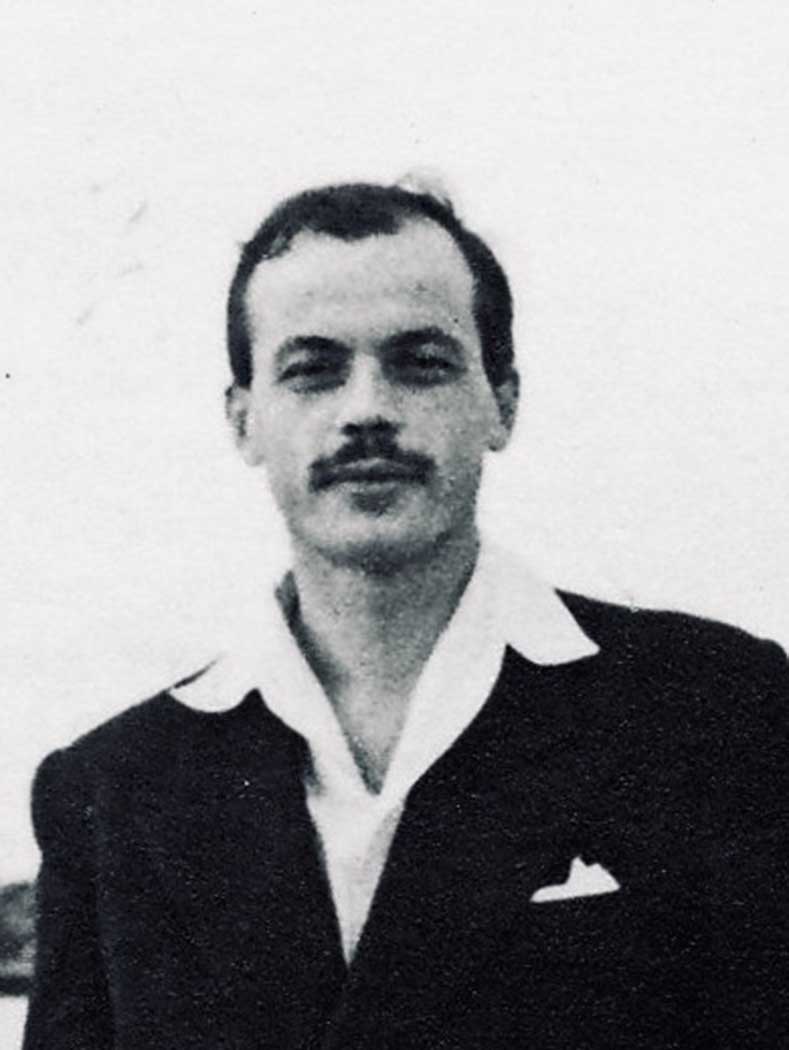 Alexey Nicolaevich Kirianenko was born on September 17, 1927 in Levallois-Perret in the Paris suburbs, into a family of Russian immigrants. Exceptionally gifted by nature, Alexis Nicolaevitch had shown a great fondness for music from childhood and was part of the choir of his parish at the Russian church of Boulogne-Billancourt. In addition to his studies at the National School of Chemistry in Paris, he studied the piano with Professor Alexandre Lischke and harmony with Professor Cathoire at the Russian Conservatory of Paris S. Rachmaninoff, which he finished in 1962. He learned singing with Nina Yourievna Karandakoff, played the accordion and led a scout troop made up of four patrols. He had been a contemporary of the last years of the Russian Opera in Paris, had sung in its choirs and taken part in shows. There he met Alexander Alexandrovitch Labinsky, who contributed a lot to his musical training.

From 1950 Alik Kirianenko followed, with Serge and Nicolas Spassky, training as a choirmaster and reader with Théodose Gueorguievich Spassky, professor at the Saint-Serge Theological Institute in Paris, cantor and choirmaster of the church of the Presentation of the Most Holy Mother of God in the Temple. After the departure of Th. G. Spassky in 1960, the choir directors had succeeded one another at the Church of the Presentation. Alexey Nicolaevich had brought some stability by directing the choir of this church from 1962 to August 1964.

From a young age, Alexey Nicolaevich had joined Russian scouting and his whole life was linked to the NORS (National Association of Russian Scouts) – of which he was an active member. In summer all the participants of the NORS camp sang in the choir of the church under canvas where officiated the chaplain of the Russian scouts, the hieromonk - who later became a bishop - Roman (Zolotoff). The singers were led by A.A. Kaminsky, then by A. Fissotchenko. A. N. Kirianenko succeeded them in 1951. Returning to Paris after summer camp, the senior scouts and guides asked to continue church singing. At that time each parish had its own choir, more or less provided. Quickly, implementing the motto of the elder scouts – to serve, the decision was made to serve the parishes that needed singers, those of the retirement homes in the Paris suburbs and the provincial parishes. This is how the concept of the “flying choir” was born. Under the direction of Alik Kirianenko, the entire group of scouts and senior guides embarks on the constitution and study of scores voice by voice. Rehearsals take place every Friday in the library room of St Alexander Nevsky Cathedral in Paris. A. N. Kirianenko gives the choir a style inspired by the melodies sung at the Church of St. Serge and those of kyiv, as taught by Th. G. Spassky. This is how services are provided at the Zemgor retirement home in Cormeilles-en-Parisis, at the chapel of the Russian Red Cross sanatorium in Oussoulx near Puy-en-Velay during the parish feast, vigils, liturgy and office in memory of the deceased during pilgrimages to the Russian military cemetery of St Hilaire le Grand (Mourmelon) and to other retirement homes in the Paris suburbs and in the provinces. In addition to the canticles most often sung during vespers, matins and liturgies, AN Kirianenko had twice had Gretchaninov's liturgy sung at the Church of the Presentation, as well as the Our Father and two songs from the canon of the tone 8 by AA Labinsky, also the wedding service by ME Kovalevsky as well as songs by Gardner, Rachmaninoff, Tchesnokov, Kastalsky, Kedroff…

In 1952-53 the parish council of Saint-Alexandre-Nevsky Cathedral took the decision to resume the celebration of services in the crypt dedicated to the Holy Trinity, which had just been restored. When the major feasts and major feasts fell during the week, Father Alexandre Tchékan, aware of the need to take into account the professional activities of the parishioners, had decided to celebrate vespers at the end of the day, at 7 p.m. – 7:30 p.m. early morning liturgies at 6:30 a.m. – 7 a.m. Under the direction of A. N. Kirianenko, the “youth choir”, which then took the name of “Choir of the Holy Trinity”, sang services there in Slavonic, until the death of A. N. Kirianenko. During Easter Monsignor Vladimir came to the midnight liturgy in the crypt and at the end of the liturgy thanked and blessed the choir. In 1956 the Easter liturgy was recorded by a French scout converted to Orthodoxy; he brought out a 45 rpm disc entitled “Russian Easter”. From 1964 the crypt was passed on to the French-speaking community.

The musical talent of Alexey Nicolaevich, his sense of organization, his tenacity, his requirement towards others and towards himself gave the choir an undisputed notoriety, in fourteen years, initially just a scout's choir, it became a liturgical choir of "young people of Russian origin" open to all, which sang in many churches, gave many concerts, completed a tour in Swizerland. A 33 tr disc was recorded during the concert given in 1964 in the Reformed Church of the Holy Spirit in Paris.

Alexey Nicolaevich Kirianenko also took a very active part in the shows created in Paris - in the play "Misfortune comes from the mind" staged by the National Association of Russian Scouts under the direction of Lydia Nicolaevna Kopniaeff-Doboujinsky and of Rostislav Mstislavovitch Doboujinsky at the Cercle Militaire in 1949, where he was Moltchalin. Then in 1953 in the "Prince Igor" and in 1962 in the "Revizor", staged by the Association of Vityaz under the direction of the former artists of the Moscow Art Theater Véra Miltiadovna Gretch and Polycarpe Arséniévitch Pavlov, where he embodied the lively and colorful character of the Mayor.

The diversity of activities of Alexey Nicolaevich in the Russian cultural framework was combined with a brilliant professional career. After graduating from the National School of Chemistry in Paris in 1951, Alexis Kirianenko began his career as an engineer in the chemistry of paints. After a few years devoted to the study and development of paints, he joined the Atomic Energy Commission where he was in charge of metallurgy research. His intelligence and working power allow him to adapt very quickly to the experimental and theoretical aspects of metal physics. After numerous works on diffusion in metals (publications at the Academy of Sciences), which earned him an international reputation, he turned to X-ray microanalysis. He became one of the best French specialists in the field of electronic microwave probes.

Alexey Nicolaevich Kirianenko died on May 6, 1965. During his burial in the Russian cemetery of Sainte-Geneviève-des-Bois, funeral songs alternated with the Easter troparion and many people felt that what he had created during his short existence will live on after him.

The activity of the choir which had formed around A.N. Kirianenko froze for about a year and a half, until Valentin Anatolievitch Korelsky, a former chorister, revived her to replace N. Y. Karandakoff in the choir of the Boulogne-Billancourt church every two weeks. Thereafter Serge Theodosievitch Spassky will make work the choir to improve its musicality and will propose to rename it in "choir Saint Alexis" in memory of its founder.

The widow of Alexey Nicolaevich, Ariane Evguenievna Gabard-Kirianenko will relaunch the activities of the choir in 1978.