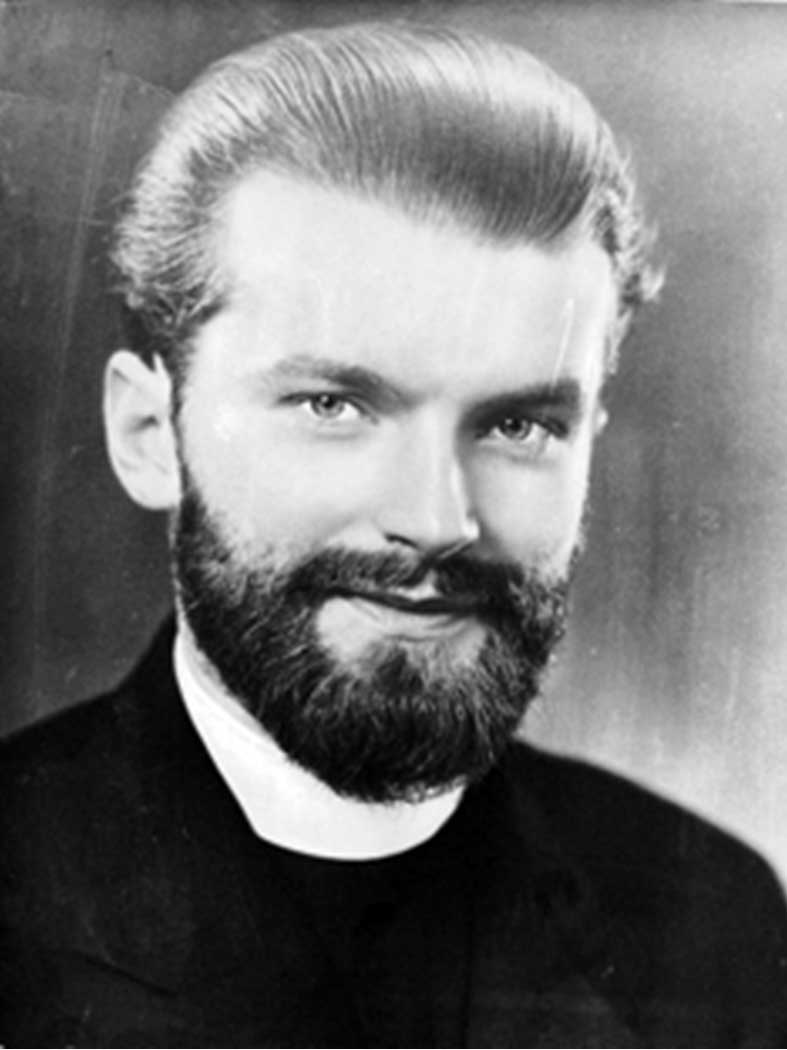 He was brought up on the Colline Saint-Serge and educated at the Russian Lycée of Boulogne-Billancourt. He served as an altar boy before singing tenor in the paternal choir. He was ordained "reader" on April 25, 1938 by Metropolitan Euloge Guéorguïèvski.

Graduate from the Institute of Orthodox Theology, Mikhaïl M. Ossorguine is also a laureate of the Russian Conservatory Serge Rachmaninoff in Paris. He plays the piano perfectly, brings together ephemeral choirs which shine in the musical circles of the Russian emigration in Paris.

In Saint-Serge, he worked with his father on the restoration of old Russian melodies in order to put them in the repertoire of the choir of Saint-Serge church.

It is in this context that his famous harmonization of the melody “Hurry, angelic powers”, of the Pre-Feast of the Nativity of Christ, was created on a model melody of the sixth tone.

He also works as a musicologist by copying, performing the harmonic analysis and commenting on Alexander D. Kastalsky's treatise "Practical Teaching of the Expressivity of Stichera by Means of Their Harmonization". 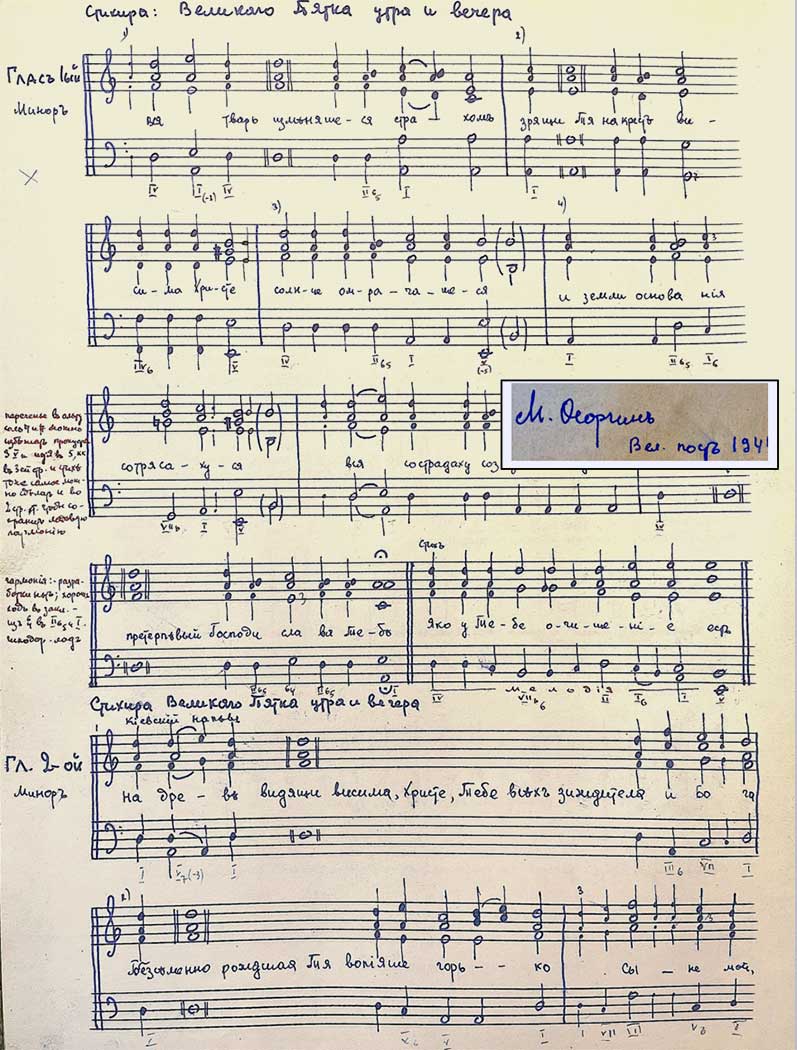 He applies Kastalsky's harmonic propositions to many songs of Holy Week and of the Nativity of Christ for the choir of Saint Serge. These transcriptions are now emblematic of this choir, both during services and in concert.

During World War II, Mikhail M. Ossorguine jr was deported by the Germans to a labor camp in Dresden.

Miraculously saved from the bombardments of the city by the Americans, he pronounced his monastic vows after his return to Paris, under the name of Athanasius on July 9, 1945. He was ordained Hieromonk on February 15, 1946. During these years, brother Athanase teaches liturgical song at the Institut Saint-Serge.

He left in 1947 for Alaska, where he devoted himself to missionary work.

He adapts Slavonic melodies to the Aleut language and teaches at the Orthodox seminary in Kodiak.

He founded the "Alaska Heritage Choir," which he conducts every year even after moving to Santa Fe, New Mexico.