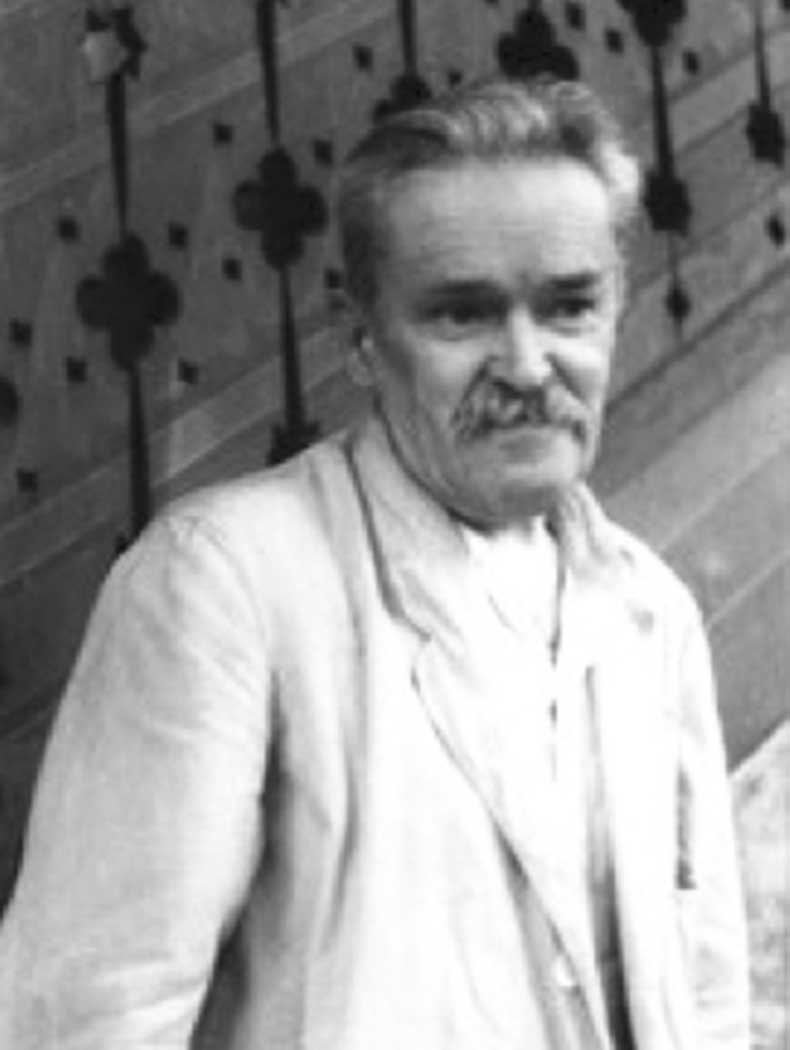 Мikhaïl M. Ossorguine "senior" was born in the village of Serguïevskoe, in the district of Kaluga (south-west of Moscow), on July 30, 1887. The eldest of a family of seven brothers and sisters, he is part of of a pious and musical family.

The family sings the services in the village church. Chamber music evenings are organized with friends in the family home.

Following the Bolshevik revolution, Мikhaïl M. Ossorguine, officer in the white army, had to leave his home country. In 1919, he found himself in Yalta, where he held the post of assistant to the district chief, as well as psalmist of the Church of St. Nicholas.

He emigrated by Constantinople (presently Istanbul) where his eldest son Mikhaïl (junior) was born, then settled in Germany in 1920. He officiated there as a psalmist and choirmaster in the Church of the Transfiguration in Baden-Baden and at the same time contributes to the reorganization of parish life of the Russian Church in Stuttgart. Arrived in France in January 1924, he settled in Clamart, near Paris.

The foundation of the Saint Sergius Institute

He was immediately called upon by Metropolitan Euloge Guéorguièvski to find a place of worship intended to meet the influx of Russian emigrants to Paris. On Saint Sergius Day (July 18, 1924), Mikhaïl M. Ossorguine acquired on behalf of the Russian community the property and the German Lutheran temple put up for auction, located near the Buttes-Chaumont, rue de Crimée, in the 19th district of Paris. He took a decisive role in the foundation, on the hill, of the Parish of Saint-Serge de Radonège and of the Institute of Orthodox Theology. From 1924 to 1927 he participated, with the painter Dmitri Semionovich Stelletsky, in the design of the frescoes and the iconostasis of the Church of Saint Sergius.

The parish choir and the choir of the Theological Institute

Mikhaïl M. Ossorguine founded the parish choir (originally a mixed choir), then the male choir of students of the Institute of Theology, which he directed during weekly services according to monastic practice, with “two choirs”, in collaboration with Metropolitan Benjamin Fedchenkov. In this function he was also helped by a student, choir director Serafim Alekseevitch Rodionov. Under his guidance, the students learned to sing the liturgical texts according to the eight tones, harmonized in four voices, directly "from the book", without score.

With Mikhail M. Ossorguine, the “kliros” did constitute a real chair of theology. Indeed, on the liturgical books, Menae and Triodes, Mikhaïl M. Ossorguine wrote remarks such as “how beautiful! "in the margin, or underlining text with a pencil for passages which he admired as revealers of the Truth. In this he became, at Matins as at Vespers, a transmitter of theology to his students! 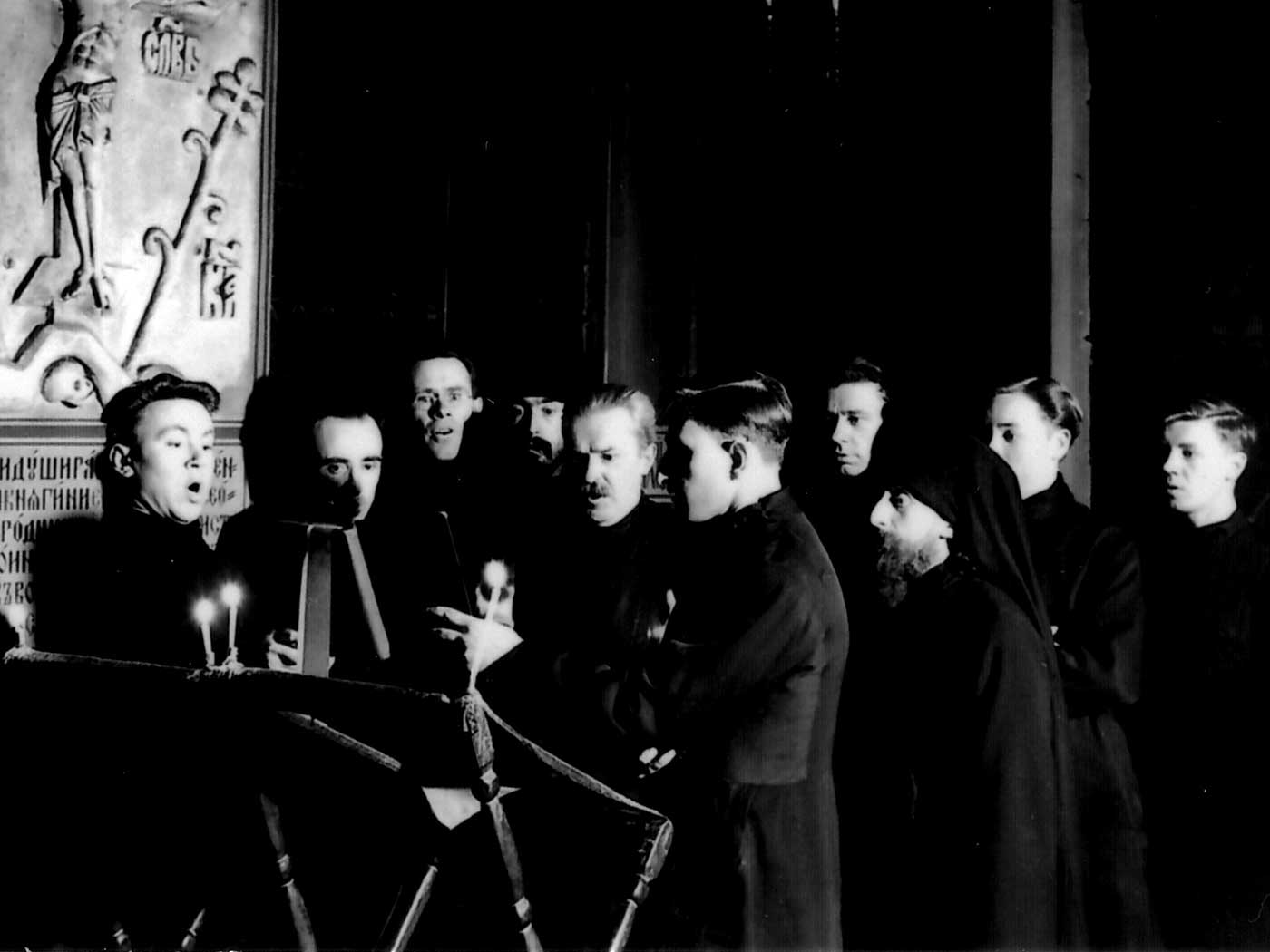 In addition to this oral transmission, Mikhail M. Ossorguine transcribed from memory the melodies he had heard in Russian monasteries before emigrating and thus introduced them to the repertoire of the choir of Saint Sergius. His manuscripts thus bear witness to the tradition of Russian monastic chanting as it was practiced in Russia before the tragic events of 1917.

Manuscript of the Troparia of the Nativity of Christ

Song of the Pre-Feast of the Nativity of Christ, tone 2

During the late twenties and thirties, Mikhaïl M. Ossorguine willingly gives ways as choir director, on Sundays and public holidays, to eminent musicians, such as Alexander Grigoryevich Tchesnokov, then Ivan Kouzmitch Denissov.

In his work of transposing works composed for mixed choir in Russia for the St. Sergius Choir, Mikhail M. Ossorguine is assisted by Dr Alexander Porphyryevich Javoronkov.

Many monastic songs that Mikhail M. Ossorguine thus "brought back" from Russia were published in a collection published in London in 1962. This one (which also contains works by many composers from the diaspora) occupies a special place among the sheet music libraries of different parishes in Western Europe, and even nowadays in Russia.

As cantor, Mikhail M. Ossorguine introduces, during the matins of Holy Saturday, the "reading - sung" of the prophecy known as "of the bones" of Ezekiel. This type of narrative declamation, rare in Russia, was thus discovered by many faithful from parishes in the Paris region, who came especially to Saint-Serge to listen to Mikhail M. Ossorguine interpret it. He gave this reading a particularly appreciated dramatic tone.

In addition to his activities as a psalmist and choir director, Mikhaïl M. Ossorguine taught liturgical sections at the Saint Sergius Institute from 1930 to 1945, a discipline for which he published a manual for the attention of his students which was a guide. much appreciated. 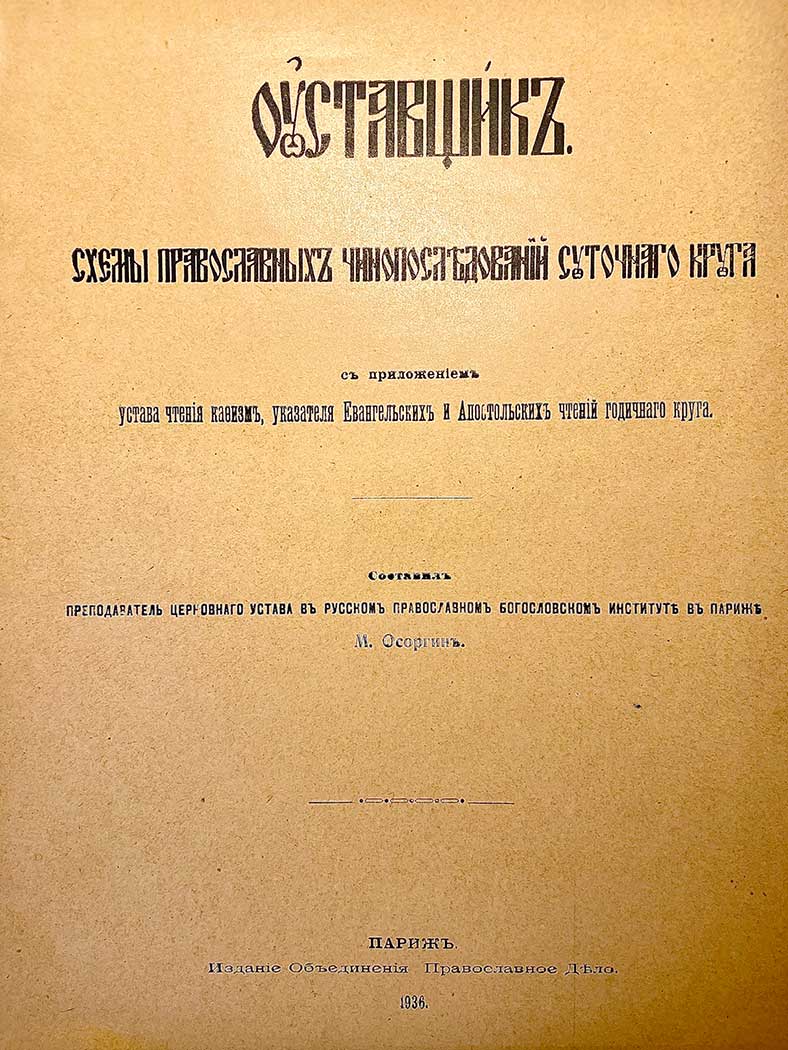 He also teaches liturgical song there. During the 1930s he organized and supervised courses in Paris for future psalmists and choir directors of churches in the Russian diaspora.

A great music lover, Mikhaïl M. Ossorguine walks the aisles of the Flea Market in Paris every week and buys a large number of 78 rpm Classical Music records that his daily listening (except during Lent!) Cultivates the tastes of his children. His favorite work was the Trio in “A minor” by Piotr Ilitch Tchaïkowski.

Mikhail M. Ossorguine the Elder was called to God on October 29, 1950. He had hoped that the words of the second verse of Psalm 145 were engraved on the base of the cross of his tomb in the cemetery of Sainte Geneviève des Bois: " I will sing about my God as long as I am ”, moving testimony of his conception of his life on earth! 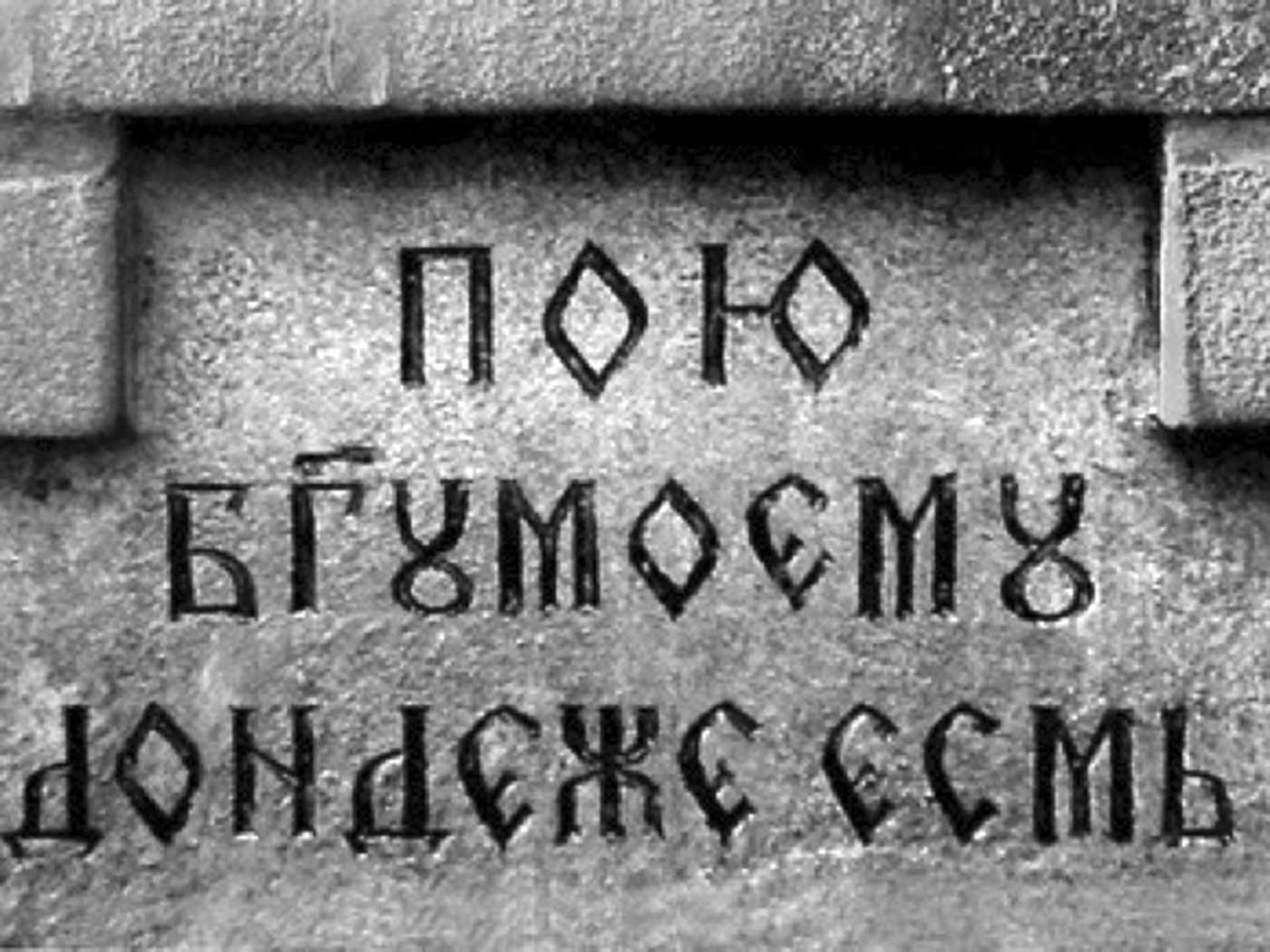