Diocesan pilgrimages to the Holy Land 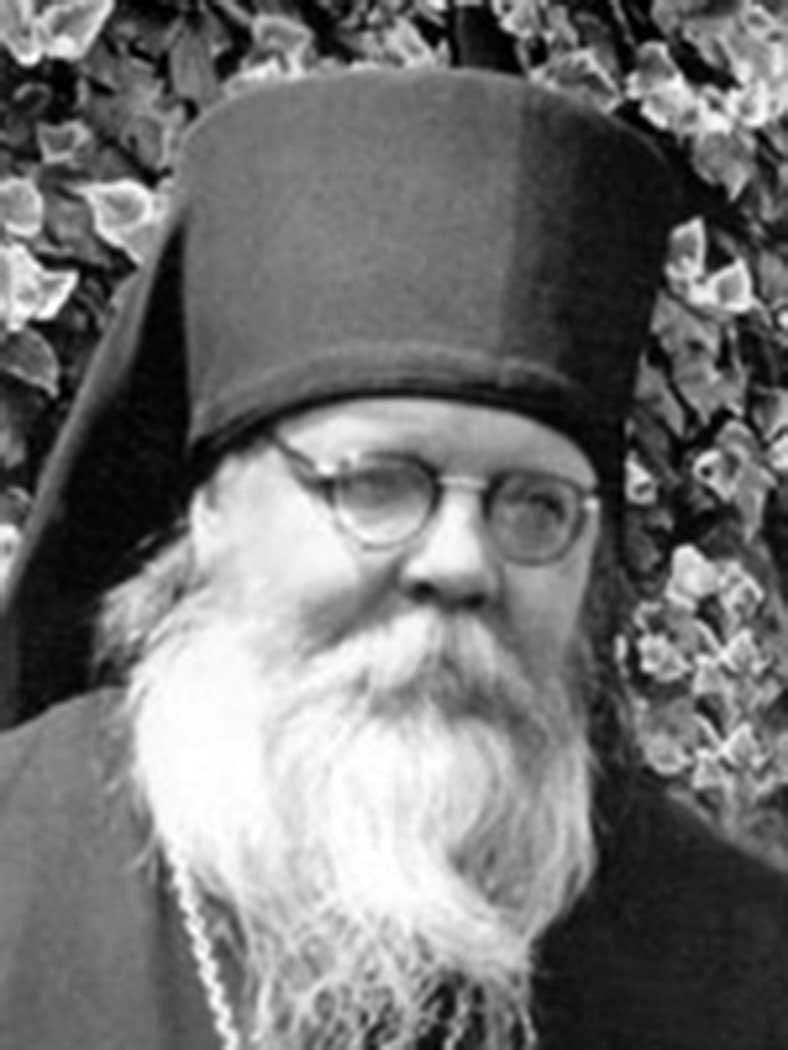 From the fifties, pilgrimages to the Holy Land were organized and led every year by Bishop Method (Kuhlman). On his death, Bishop Romain (Zolotoff) took over. In the 2010s, this tradition was able to resume with the participation of Bishop Gabriel (de Vylder) and then Bishop Jean.

For the Archdiocese, these pilgrimages were of great importance, especially in the few years (1965 - 1971) when the Archdiocese found itself "de facto" independent. The blessing and help of the Patriarchate of Jerusalem, without which nothing could have been done, had secured the Archbishop's place in the pleroma of canonical Orthodox churches.

Testimony of Hélène Slezkine (now Mother Abbess, Moniale Olga) on the first pilgrimage to the Holy Land in 1951

I have to tell about our first pilgrimage, in 1951. Bishop Method, who was still Archimandrite at that time, was very eager to go to the Holy Land. At the time, it seemed quite impossible. He asked for advice, he was told: “Talk to Catholics, they go in small groups. Subsequently, you will see how to organize Orthodox pilgrimages. But, for the first time, you can't go like this if you don't know anyone ”. So Father Method proposed to his faithful relatives to participate in the pilgrimage. Ten people, including myself, signed up. A week passes, the first withdraws, then a second, then yet another. In the end, the departure is approaching and everyone has retracted, except me. I said to Mom, “It bothers me to travel alone with a priest. It will make people talk ”. Mom, with her wisdom, said to me: “Let them talk! If they opted out, that's their business, you signed up and go. " The day before departure, there was an intercessory office in Asnières. I remember the atmosphere of extremely fervent prayer. In the church there were even more people than at Easter, everyone thought that Father Method would not come back alive. I heard people cry: "It's sad, we won't see the father again ...", "Of course, there is someone accompanying him, but she is an orphan". I was right behind, I was silent. At that time, it was truly unimaginable to go to the Holy Land.

And off we went, with Father Method. The Catholics had everything organized well. When we got to Jerusalem, we went to a hotel, but we didn't stay there very long, because Father Method told me straight away: “Do as you like; I am leaving immediately for Gethsemane to celebrate an office of thanksgiving to thank the Lord that we have arrived safely here ". The Catholics put a guide at our disposal and we left for the Russian Monastery of Gethsemane, it is so beautiful there! The sisters gave us a wonderful welcome and we did not see our group of Catholics again until the day of departure.

From the first evening we went to the Basilica of the Resurrection and participated in the night liturgy celebrated on the Holy Sepulcher, after which the keeper of the Holy Sepulcher, a certain Father Daniel, very kind, offered me a place to rest . The fleas were biting me, but at least I was lying down. He said to me: "We have a Russian priest here, do you want to meet him? I told him I knew him!

We visited all the Holy Places: the Jordan, Bethlehem, Eléon, etc… all, all! In each place, we prayed, sang all the troparies, Father Method read the Gospel. At the end, we found our Catholic group. They understood perfectly that if they had their offices, we also had ours. 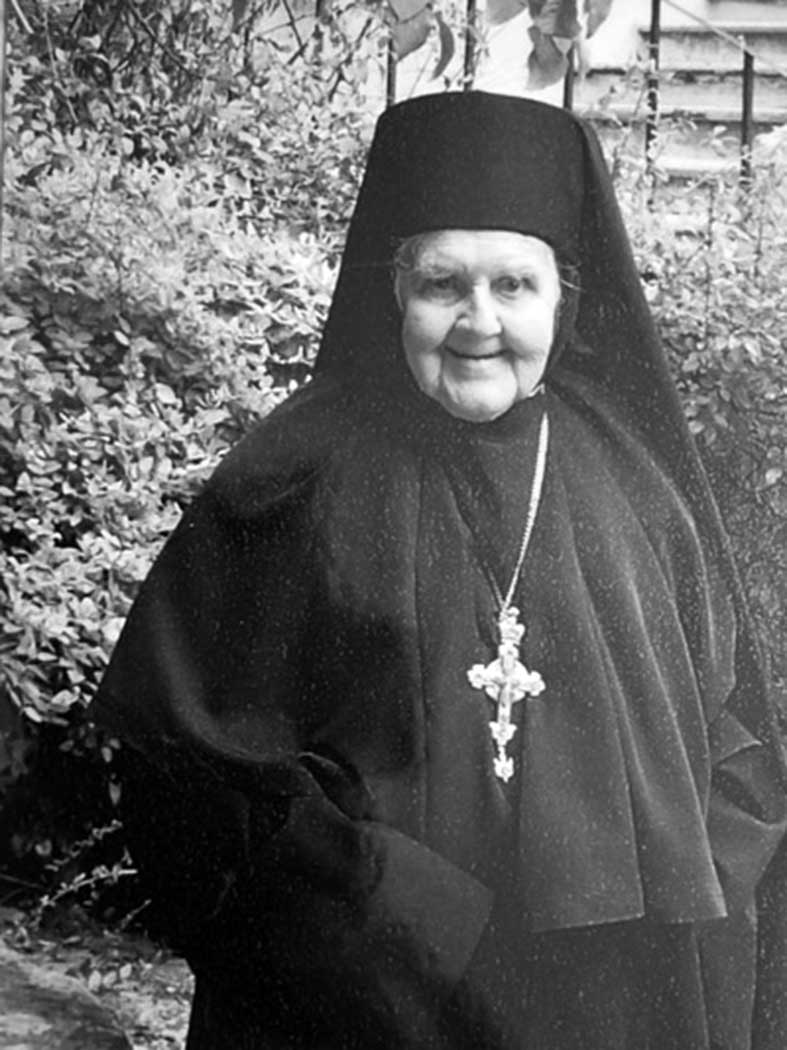 Back in Asnières, Father Method immediately thought of organizing a pilgrimage for the Orthodox faithful. It seemed very difficult to achieve. But he said: "No, it will work out ... Just put an ad, we'll see." A group of 28 people formed, and without knowing anything, we set off. We were on a boat, we went through Venice. We were carrying a whole load: suitcases, bags, packages… During the first pilgrimage to the Holy Land, the father noticed that the misery there was terrifying. He then addressed all the faithful in Paris, asking them to help the Orthodox monasteries, each according to his means. And all of Paris made an effort to give something, without stopping at conflicts of jurisdiction. We had gathered a lot of things, but there were only 28 people to take them, so the luggage was very heavy for each of us. On the boat, I didn't have a minute to sit down. We had to get small tables to celebrate Vespers and Matins, then settle such and such a problem for one member of our group, then another for a second, and this without interruption. I have to admit that this time they couldn't have done without me. The worst awaited us at the border, we waited, standing, for five hours! And the same at each border.

At the Jordan, we crossed the bridge on foot singing “Open the gates of repentance for us…” Bethany, the only place where we were expected, was already very close. Once there, we discovered terrible living conditions: no water or electricity (we used flashlights), but we were received very kindly. The next day we met His Holiness Patriarch Timothy, who remembered the Russians before the Revolution. Seeing us, and learning that we were Russians, he started to cry. At the end of the interview he asked us to sing to him in Russian "My soul, my soul, why are you sleeping? »And our journey to continue. The coaches were dilapidated, so much so that on our way to Bethlehem we thought we would never get there ... we were so shaken up! Father Theodosius of Bethany accompanied us and said: "Ludmilla, (it was our conductor), sing! Come on, sing something! ". It was to the point that there was fear of the collapse of the bus ... In the end, all were left safe and sound, and delighted with the pilgrimage. We transported the Holy Fire to Paris, despite many difficulties: on the boat, then in the train, then in another train, and thus to the cathedral of Saint Alexander Nevsky, where the faithful were waiting for us to collect it and 'take home. This is our first Orthodox pilgrimage. Afterwards, it was easier, we already knew what to expect in such a place, what to expect in such another. However, the first pilgrimages were quite laborious all the same.

It should be noted that this was truly a historic event, as much for our Archdiocese as for the Holy Land. After such a long hiatus - so many years without a group of pilgrims in Jerusalem - a pilgrimage again dared to be organized. The sisters of Bethany told me afterwards: "Since the arrival of the Methodist Archimandrite, everything has changed here, electricity has been installed gradually, running water too". For the Holy Land, this marked a milestone.

The second pilgrimage numbered 48 people. Every year it was a feast for those who were leaving and for those who were waiting in the Holy Land for their new family from France. The tenth pilgrimage was celebrated with a big feast in Paris. The eleventh pilgrimage had 62 people, and the twelfth 84. The pilgrims came from different countries, including the United States. We had the joy of obtaining the blessing of His Beatitude Patriarch Benedictus and of having a night light burned in front of the Holy Sepulcher on which is engraved the name of Bishop Method.

Photos of pilgrimages to the holy land

Testimony of the Protopresbyter Alexis Kniazeff

Monsignor Methodius was at the origin of two enterprises that extended the spiritual influence of his parish of Asnières far beyond the borders of the Eparchy and which contributed to the fame and glory of this parish and its rector throughout the Orthodox world.

The second undertaking was the pilgrimages to the Holy Land. The Russian Orthodox have always loved the Holy Land wholeheartedly and at all times they have done a lot for it. The flow of pilgrims from Russia, uninterrupted for centuries, dried up after 1914. Monsignor Methodius restored this link with Palestine for that part of the Russian Orthodox people who were abroad. From 1952, thanks to Monsignor, groups of Russian pilgrims were seen again in the holy city of Jerusalem and in other holy places related to the life of Christ. Monseigneur himself, each time took the lead of these groups. They started from Paris, but sometimes he joined them people from other countries in Europe and even America, young and old, simple or educated people, lay people, priests and bishops. The Monsignor also organized aid for the Russian monasteries in Palestine, which were in great need, and often, in order to alleviate the difficulties of these poor communities, the faithful gave in a touching way up to their last savings. Monseigneur was a man of prayer, and his impeccable sense of the Church, his spiritual sensitivity and his attention to everyone earned him respect and love from all in the East. He was received by the Eastern Orthodox Patriarchs, from Jerusalem, Antioch, Alexandria, and by the Ecumenical Patriarch. He thus became a living link between Orthodox Paris and the entire Orthodox East.

Dear Monsignor Methodius, who remains forever in our memory, may the Lord console today the multitude of those who are in sorrow because of you! May He welcome you with His joy, as a faithful servant who has made his talent fruitful, both His own and those He had entrusted to you. And you have already entered the glorious history of the Orthodox episcopate, as one of its best examples and its brightest torches.