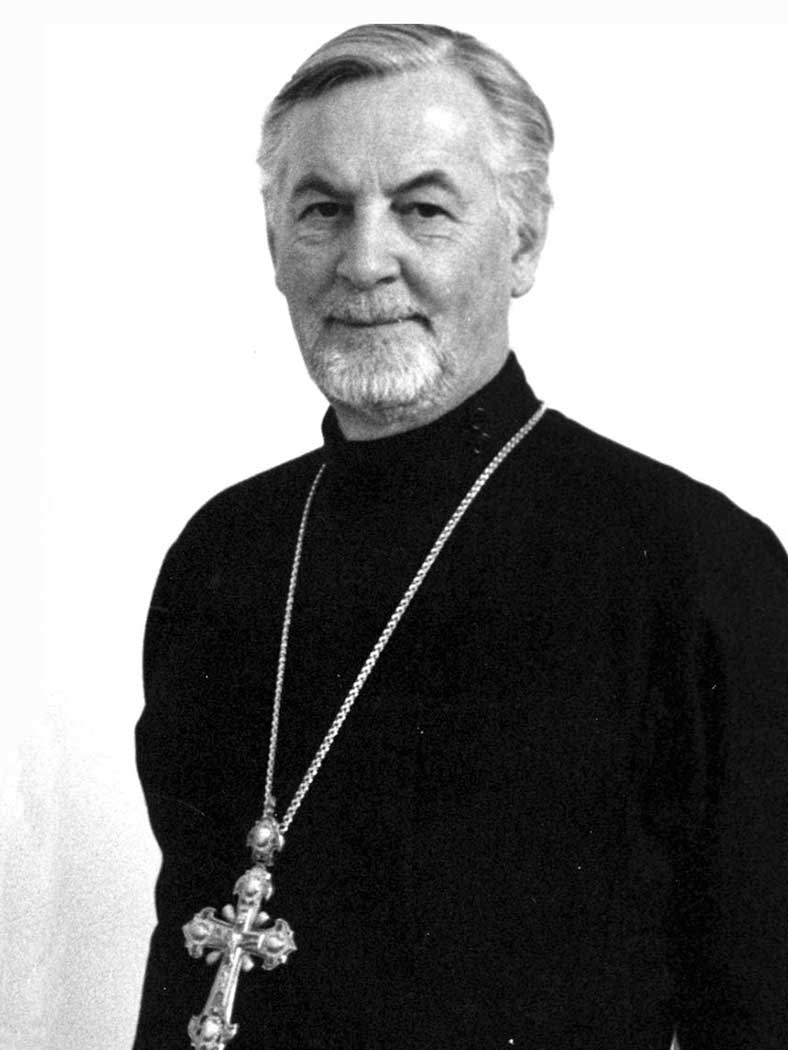 An officer in the White Army during the Russian Revolution, Alexander Schmemann's father was forced to move to Tallinn, Estonia, after his army was defeated by the Bolsheviks. It was there that his wife gave birth to twins, Alexander and André, on May 13, 1921. Their older sister Elena died at the age of seven. Children are brought up by their mother in genuine and fervent faith.

After a brief stay in Belgrade, the Schmemann family, like many Russian emigrants, reached Paris in 1930. Alexandre studied there at the Corps des Cadets, a Russian military school, then at the Lycée Carnot, while attending the Saint Alexandre Nevsky cathedral, where he is an altar boy. After obtaining his baccalaureate, he enrolled in 1940 at the Institut Saint-Serge to study theology, with Fr. Cyprien (Kern) and Fr. Nicolas Afanassiev as professors. He met a young literary student, Juliana Ossorguine, herself a descendant of Russian emigrants, whom he married on January 31, 1943. The couple had three children.

On November 30, 1945, Alexander was ordained priest at the age of 23 by Metropolitan Vladimir (Tichonicky). With Fr Cyprien (Kern), he then served the Church of Saint Constantine and Helena in Clamart, his wife's parish, while being active in the Christian Action of Russian Students (ACER). Father Alexandre taught History of the Church at the Institut Saint-Serge, until Father Georges Florovksy, then dean of the Saint-Vladimir seminary in New York, invited him to come and teach in his establishment. The Schmemann family moved to the United States in 1951. Despite a precarious material life, Father Alexandre discovered at Saint-Vladimir seminary a space, a freedom and an openness favorable to the development of his thought. In July 1959, he defended his thesis at the Institut Saint-Serge, entitled "The order of the Church: introduction to liturgical theology". Besides the history of the Church, liturgy became his favorite subject.

When Saint Vladimir Seminary moved from New York to Crestwood in 1962, Father Alexander was elected dean of the establishment and remained as such until his death. Under his leadership, the seminary grew to become one of the major centers of orthodoxy in America and to achieve worldwide influence. This was a period of great fertility for Father Alexander: he wrote many books, taught in several American universities, traveled the country to give lectures. For more than thirty years, he regularly recorded religious broadcasts for Radio Liberty, which broadcasted to the USSR. One of his listeners was Alexander Solzhenitsyn who, once exiled to the West, will become his friend.

He is also one of the main builders of the Orthodox Church in America (OCA, Orthodox Church in America), participating in the negotiations with the Moscow Patriarchate led by Metropolitan Nikodim (Rotov), which resulted in the proclamation of autocephaly of the ancient Metropolia of America in 1970. As dean of Saint Vladimir seminary, which he transformed into the living heart of the OCA, and as a member of the Metropolitan Council, he actively contributed to the development of this young Church, to Orthodox unity and the influence of Orthodoxy in America until his death from cancer on December 13, 1983. In 1962-63, he went to Rome as an observer at the Second Vatican Council. Father Alexandre Schmemann has always kept strong links with France, where he returned regularly, and with the Christian Action of Russian Students, of which he was elected president in 1981. He is a collaborator and a regular author of the journal "Messager de l'Action Chrétienne Russian" (Vestnik RKhD - Вестник РХД).

Considered one of the major theologians of the twentieth century, Father Alexandre Schmemann is both a thinker and a pastor who has adapted the achievements of theology to the realities of our time. An inspired teacher and preacher, he passed on his theological insights to a wide audience. His most important contribution belongs to the field of liturgy. Father Alexander strived to put the liturgy at the center of ecclesial and Christian life, never ceasing to recall to what extent the liturgy, whether it is the paschal cycle preceded by Great Lent or the Eucharist itself, called us to a living participation in the fullness of the Kingdom of God.

For the life of the world: interview with Joost Van Rossum (in French)

Through his work and preaching, Father Alexandre Schmemann played an important role in the renewal of pastoral care and liturgical practices, giving the example of a renewed way of celebrating the liturgy which reveals its meaning: use of vernacular languages, opening of the royal doors, preaching following the Gospel and not at the end of the service, reading aloud of the Eucharistic prayers, frequent communion ... Rather than reform, it was for Father Alexandre Schmemann to put the Eucharistic celebration back at the center of life and thus rediscover the meaning of the assembly, often forgotten in favor of a piety turned towards individual salvation, far from a reductive ritualism and clericalism. While Father Alexander Schmemann's initiatives have been criticized by conservative Church circles, hostile to any change, they continue to be a source of inspiration far beyond American Orthodoxy.

In his theological approach, Schmemann was a fruitful continuator of the movement of spiritual and theological rebirth of 19th century Russia, and of its extensions in the West, the Saint Serge Institute and the Christian Action of Russian Students, which advocated "ecclesialization" of life, of which Father Alexandre Schmemann has always remained an active member. Missionary and writer rather than academic thinker, Father Alexandre Schmemann did not seek to develop a theological system. He devoted the last years of his life to writing his book "The Eucharist - Sacrament of the Kingdom", published in chapters in the pages of the Russian Christian Action Messenger magazine. At the same time, he was writing day after day, without anyone knowing it, the work which undoubtedly captures the different facets of his personality and his thought most completely and in which he expressed himself with the greatest freedom - his Journal, which runs from 1973 to 1983, the year of his death.

International colloquium on Father Alexandre Schmemann in 2008 (in French)