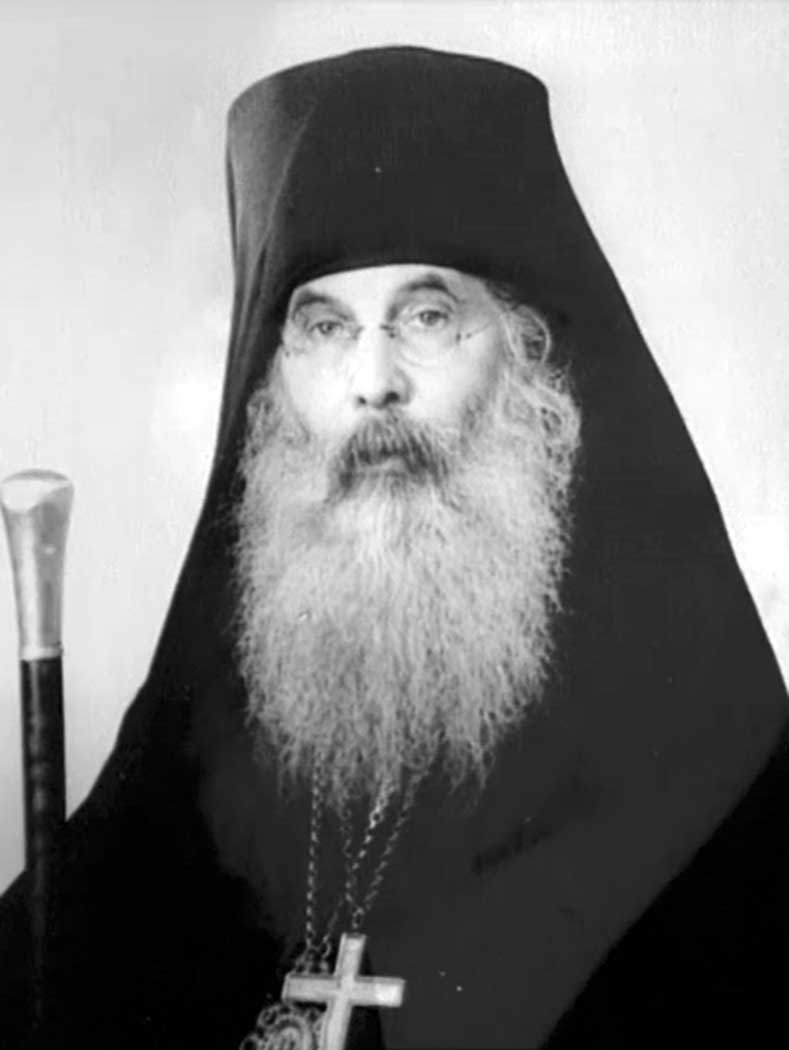 Serge Bezobrazov was born on February 29, 1892 in Saint-Petersburg. His father was a senior official in the Ministry of the Interior and his mother, born Artsimovich, a pious person who, very early on, introduced her son to the love of God and the taste for prayer.

Graduated from University in 1914, Serge Bezobrazov passed the preparatory exams in 1917 to obtain a master's degree, which opened the doors to a university career. While continuing his studies, he entered the Public Library of Petrograd as a collaborator with Anton Kartacheff, his future colleague at the Saint-Sergius Institute.

It is a well-known fact that after the fall of the Empire in 1917, the Russian Church experienced a period of a surge of religious fervor and an authentic spiritual renewal, a renewal which had already been prepared under the old regime. As Bishop Cassien later attested: positivism, inherited from the 19th century, was gradually giving way to a new spirit.

Under the new regime Serge Bezobrazov remained in Russia until 1922. In 1918, he was elected "privatdozent" of the University and taught the history of the Church and religions at the Superior Feminine Courses, founded in 1878, where A. Kartacheff also taught..

During the school year 1920-1921 he was professor of the history of religions at the University of Tashkent. Upon his return to Petrograd, he taught at the Petrograd Theological Institute, which was founded under the new regime by Metropolitan Benjamin (Kazansky) to replace the former Ecclesiastical Academy of St. Petersburg, closed by the Bolshevik government.

These years 1918-1922 were for the young Bezobrazov a period of scientific training and, at the same time, of an increasingly accentuated orientation towards theological disciplines. He was then between 26 and 30 years old.

During this period, Serge Bezobrazov had the opportunity to visit the monastery of Optino; there he met the starets Anatole in whose cell he has, for the first time, the idea of becoming a monk and a priest.

In 1921, he was expelled from the University at the same time as professors Benechevitch, Gloubokovsky and Nicolas O. Lossky. He witnesses the first persecutions against the Church; he personally attends the judgment and the death sentence of Metropolitan Benjamin.

Abroad we find Serge Bezobrazov first in Berlin, then in Belgrade where he meets his future colleagues Nicholas Afanasiev, Constantin (Cyprien, in religion) Kern and Professor Basil Zenkovsky.

In Paris, in 1925, he happened to be one of the first occupants of the premises where the new Institut de Théologie Saint-Serge was organized under the aegis of Metropolitan Euloge, which its founders wanted to see as a continuation of the former Petrograd Institute.

There, in 1932, he pronounced his monastic vows, was ordained a hierodeacon and a few days later a hieromonk. In 1934, he was higoumen and in 1936 archimandrite.

During the years preceding the Second World War, in Saint-Serge, Father Cassian devoted himself solely to the study and teaching of the New Testament, which he knowingly approached as a historian.

The results of his New Testament research covering this period of his life find their best expression in the Russian work published later and entitled "Christ and the First Generation of Christians".

Period of spiritual and theological deepening (1939-1965)

In August 1939, Archimandrite Cassian undertook a trip to Mount Athos where he was unwillingly detained until the end of the war. There he had the opportunity to acquire a deeper spiritual experience of monastic life, which did not prevent him from continuing his New Testament studies in the peace of the Holy Mountain. He is working on his future doctoral thesis which will be entitled “By water, by blood and by the Spirit” (1 Jn 5, 6-8), a thesis which is devoted to the deepening of symbolism in the Johannine writings. . There he also ends a voluminous and very personal study on the theme of the fatherhood of God in the New Testament.

Back in Paris in 1946, Archimandrite Cassian resumed his position as professor of the New Testament at the Institut Saint-Serge. On June 23, 1947, he defended his doctoral thesis, on July 28 of the same year he was consecrated bishop of Catania and became rector of the Institute, a position he held until his death. 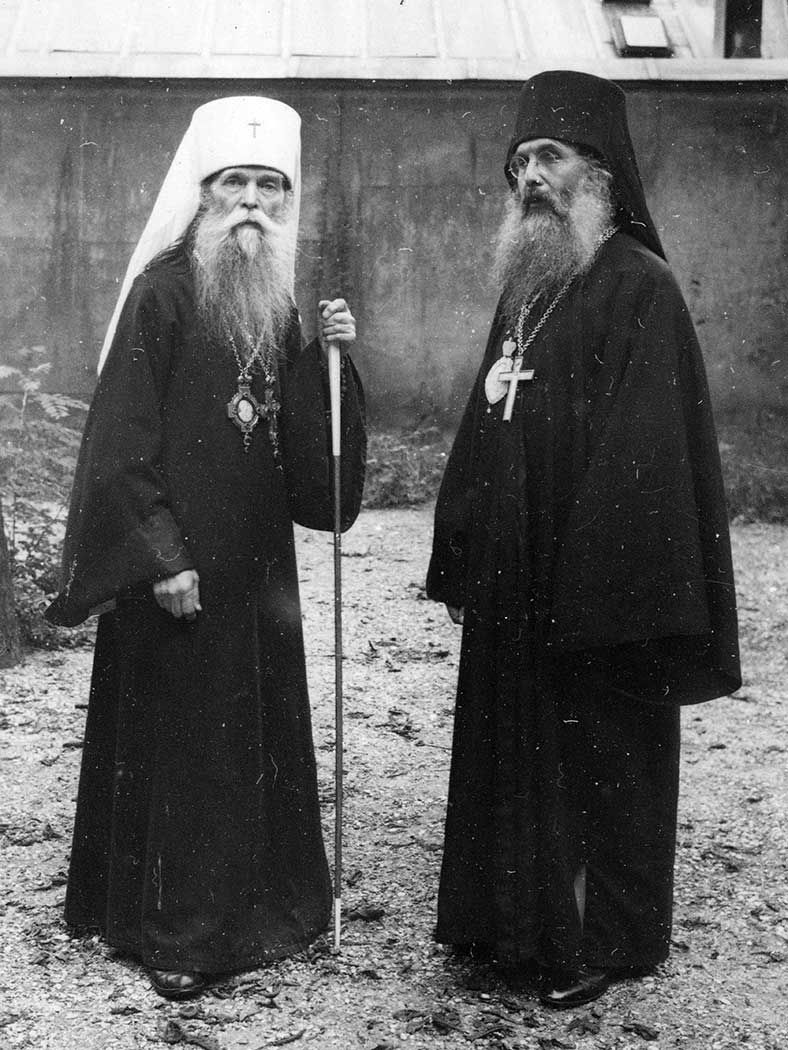 During this last period of his life, Bishop Cassian's theological thought deepened and his method of exegesis became more precise. Faithful to his vocation as a historian, he studies each theme that he addresses by examining the thought of the authors of the New Testament through the successive stages of the evolution of this thought. This principle, however, is too often ignored by exegetes who prefer to be satisfied with a global view where the specific thought of each author disappears.

In a brochure entitled: "The royalty of Caesar before the verdict of the New Testament", Bishop Cassian deals with the subject of the relationship between Church and State. From the outset, he takes as a principle that the world, as created by God, cannot be considered other than as fundamentally good (1 Tim 4: 4), because if it was not, it could not to be transfigured and the Son of God would not have assumed human nature. However, the State, according to Bishop Cassian, belongs to the natural order, but must not become the object of an idolatrous deification.

If the apostle Paul (Rom 13, 1-7; 1 Tim 2, 1-2; Titus 3, 1) and after him the apostle Peter (1 Pier 2, 13-17) preached submission to the State , this is not the last word of the New Testament. Later, in fact, when the historical situation of the Church has evolved, Caesar is designated in the Apocalypse of John by the number 666, that of the Beast. Caesar, wanting to be a god, is henceforth the persecutor and can no longer count on the submission of Christians.

Addressing the pneumatology of the New Testament, Bishop Cassian finds no theology of the Spirit definitively formulated neither in the first two Gospels of Mark and Matthew, nor in the Pauline epistles, but first in the later Gospel of Luke ( Luke 24, 49; Acts 1, 8 and others). The last word is still said, according to Bishop Cassian, in the Johannine writings (Jn 7, 37-39 Jn 13, 31 and 59; and in other texts in particular chapters 14-16). More particularly, the solution of the problem of the "filioque" is still given according to Mgr Cassian, by John (Jn 15, 26: in this verse the procession of the Spirit of the Father alone is expressed by a present participle designating a timeless procession; this participle is placed between two verbs in the future "He will send you", "He will bear witness to Me" aimed at the historical event of Pentecost) (see: Mgr Cassian. The teaching of the Bible on the procession of the Spirit, in "Russia and Christianity", 1950, Nos 3 and 4).

Dealing with the problem of the primacy of the apostle Peter, Bishop Cassian follows the same method to see the final solution in the Gospel of John.

In this short overview of the life and work of the former rector of our Institute, we cannot dwell on all aspects of his thought: we should speak of his studies on the prayer "Our Father", of his ecclesiology, of the theology of Judeo-Christianity, of his ecclesial activity and of his ecumenical writings. At the end of his life he stood out as an observer at Vatican Council II. He believed in the possibility of the unification of the Church.