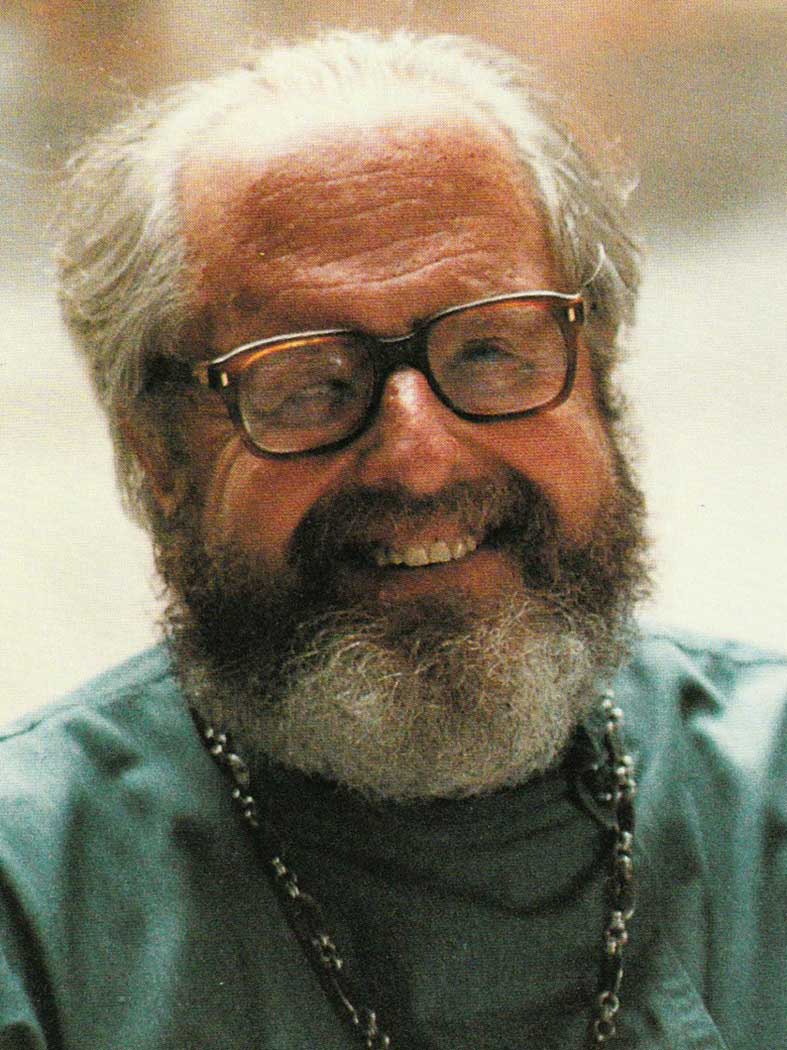 Protopresbyter Alexis Kniazeff was born on April 16, 1913 in Baku on the shores of the Caspian Sea. The Kniazeff family did not leave Russia after the Revolution until 1923. They first settled in Nice, where there was already a large colony of Russian emigrants. When Alexis began to enter church life, there was a parish school for youth catechesis in Saint Nicholas Cathedral. He was able to attend services presided over by Archbishop Vladimir, future Metropolitan and Exarch of the Ecumenical Patriarchate in Western Europe.

In 1924, the Kniazeff family moved to Neuilly-sur-Seine. Alexis finished his secondary studies at the Lycée Pasteur in Neuilly and studied law in Paris. Graduating in 1935, he entered a business school and worked until 1938 in an insurance company. But that did not quite match his real aspirations. In the fall of 1938, he decided to start studying theology at the Institut Saint-Serge to devote himself definitively to the service of the Church.

In the 1940s, under the influence of Professor A. Kartachoff, A. Kniazeff became aware of a new vocation: the Old Testament. First he taught part of this subject and in 1950 became the holder of the Old Testament chair and kept it until the end of his life.

In 1945, Alexis Kniazeff married Inna Valentinovna Sokoloff. They will have 4 children.

In 1947, Alexis Kniazeff was ordained a priest and was appointed to the Church of the Presentation of the Blessed Virgin in the Temple in the 15th arrondissement of Paris. He remained there until 1952. From 1952 to 1965, he was the rector of St Nicolas Church in Montmorency (Val d´Oise).

There is no doubt that Father Alexis was a link that connected the generation of the founders of the Institute and the generations after them. He was a pupil and successor as well as colleague of Father Serge Bulgakov and Antoine Vladimirovich Kartachoff. In the fall of 1959, Father Jean Meyendorff (ordained the same year) left for the United States, Archimandrite Cyprien (Kern) died in 1960, Professor Kartachoff and Father Basil Zenkovsky died in 1962, Monsignor Cassien in 1965 and Father Nicolas Afanassiev in 1966. These dates show that in a very short period of time the first generation of teachers left us. The Institute, its students, the young professors were like orphans.

Father Alexis Kniazeff at the ACER camp in 1960

In 1965 after the death of Bishop Cassian (Bezobrazoff), who was rector of Saint-Sergius, it was Father Alexis who was elected and confirmed as his successor. Likewise, he was appointed rector of the parish of Saint-Serge.

In 1965 he received the right to wear the mitre and in 1975 he became a protopresbyter.

With faith and firmness, Father Alexis takes the direction, one can say the rudder, of the Institute. Among the new professors he invited, we must mention Olivier Clément who taught there for nearly 30 years, and Constantin Andronikof, the successor and translator of practically the entire body of work of Father Serge Boulgakoff. Very soon the need to translate the teaching into French arose, and Father Alexis did so, showing his wisdom and courage as he spoke his mother tongue Russian more freely. The professors quickly began to translate, which undoubtedly helped to increase the visibility of the Institute, at least in Paris and in France.

“I can say that in our eyes he embodied a prophet, a fiery prophet, proclaiming the word of God with fire and force. "(F. Boris Bobrinskoy)

Endowed with a formidable memory, Father Alexis took time to prepare conscientiously his courses. The beginning of his Old Testament teaching was mostly analytical: chapter after chapter, verse by verse. But over time, his teaching evolved and he sought to give an integral vision of this or that book as a whole. Replacing, as it should be, each book in its historical context, he was concerned with making visible the meaning of the book in question for the contemporary reader. He never forgot to recall its liturgical use.

The creativity of Father Alexis's thought was expressed particularly in Mariology, a teaching that studies the Mother of God; from the start of his work he devoted a number of articles to it in Russian and French journals before publishing a complete analysis of his research in the book “La Mère de Dieu dans l'Eglise Orthodoxe” (Paris, Editions du Cerf , 1990). Using the method of typology, so close to the Fathers of the Church, he methodically and patiently constructs a new discipline in theological teaching.

In addition to his teaching activity, after the death of Archimandrite Cyprien (Kern), Father Alexis with the collaboration of Father Pierre-Marie Guy, director of the Higher Institute of Liturgical Theology, is actively working on the organization and unfolding of the “Liturgical Studies Week” which takes place every year at St Sergius Institute.

Father Alexis, priest and teacher, was also a spiritual father. In addition to his parish tasks, he carried out for more than 30 years considerable work as a youth chaplain in the ACER summer camps in the Alps, coming every year, living in tents, teaching, celebrating daily prayers and services, preaching daily. Father Alexis left his mark on all the adolescents and adults of the Movement. He did not spare his strength, led pilgrimages such as to Notre-Dame de la Salette. His energy, the religious services he celebrated inspired many young people and if a number of ACER members became priests, Father Alexis undoubtedly played a role in these vocations. Father Alexis was vice-president of ACER from 1947 to 1975; he attended all ACER congresses. 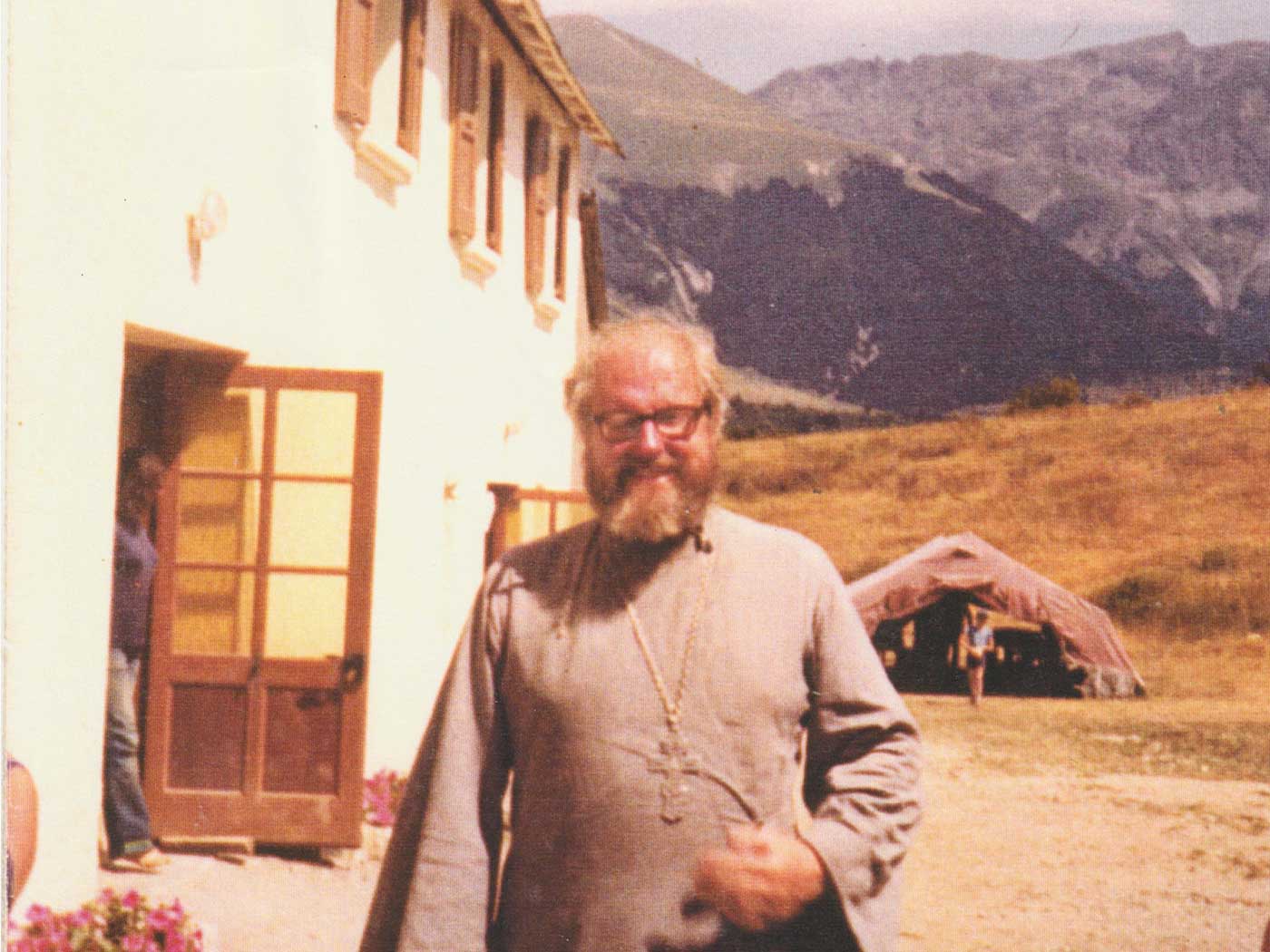 Father Alexis Kniazeff at the ACER camp in 1974

Doctor of the Institute of Orthodox Theology in 1954, he also received the degree of doctor honoris causa from the Academy of Theology Saint-Vladimir of New York and the Institute of Orthodox Theology of Prehov (Czechoslovakia). During his long years of service he received many honorary distinctions from various patriarchs: from Constantinople, Antioch, Jerusalem and the Church of Finland.

His administrative activity in the direction of the Institute was very effective: it was on his initiative and with the help of the many friends of the Institute that the new building was constructed for the accommodation of the students. Likewise, Father Alexis helped create financial support for the Institute. It already existed before, but was developed. This support was given the name of AMEITO (Association for the maintenance and upkeep of the Institute of Orthodox Theology).

Father Alexis Kniazeff was also a member of the Archdiocesan Council from 1966 to 1991.

Demanding for himself, he was also demanding and severe on the students, but was never unfair. He encouraged every young teacher and student for his own good.

A tireless worker until his last breath, Father Alexis Kniazeff was called to God on February 8, 1991 after a brief illness. Everyone who knew him will remember him as a faithful pastor, a conscientious teacher and a wonderful preacher.