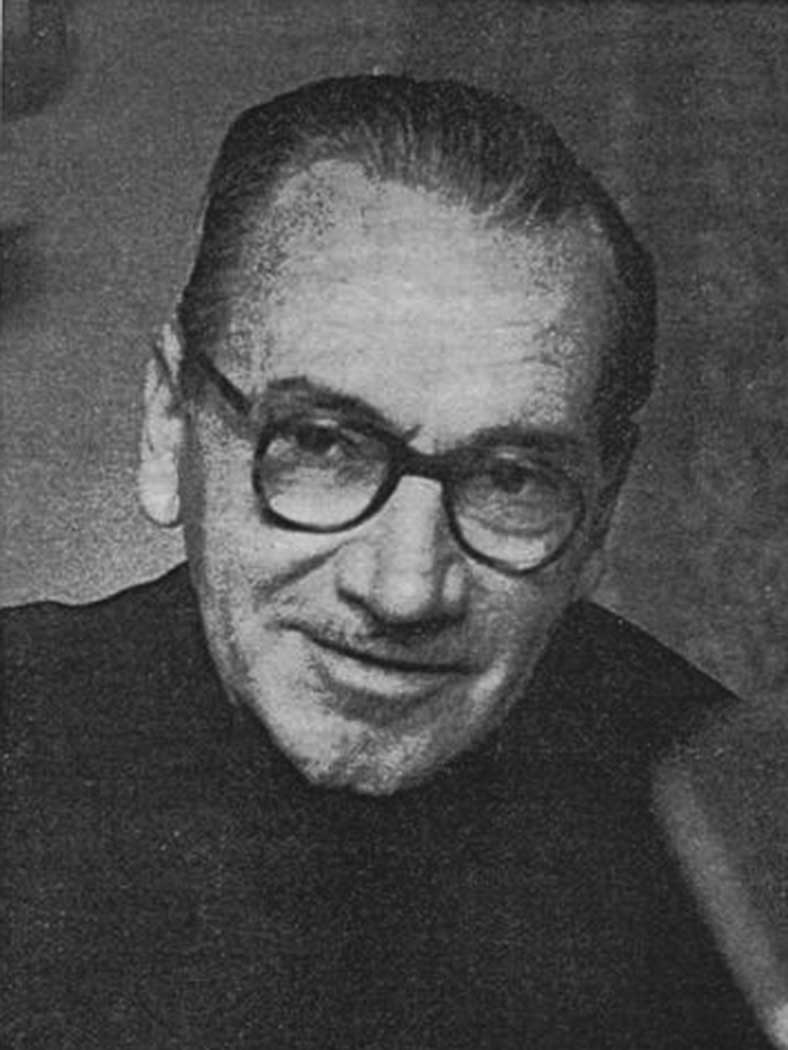 Nikolai believed that the best way for a Christian to serve God is to plow the rare black earths, and there were 3 ways for an intelligent Christian: to be a doctor, a teacher or a priest. Despite his legal mindset, he did not want to follow in his father's footsteps and entered the Faculty of Medicine at Novorossiysk University. However, due to his poor health, he only finished the first year and entered the Faculty of Mathematics, which left a strong imprint on his thinking: the subtlety of analysis, the clarity of thought. , the frequent use of evidence “to the contrary”. As a student of mathematics, Nikolai was admitted in 1915 to the Serge Romanov Artillery Officer School. He was promoted to second lieutenant and se

rved in both World War I and the Civil War in the coastal artillery. After serving in the army, he ended up in Reval (now Tallinn in Estonia). From 1918 he worked in a bank. Then he was transferred to Crimea, where he was evacuated in November 1920 from Sebastopol to Constantinople.

Arriving in Belgrade in 1921, he entered the newly created theological faculty of the University of Belgrade and participated in the Orthodox Circle of Belgrade. He participated in ecclesiastical and theological life, being influenced by the ideas of Fr. Serge Bulgakov, Metropolitan Anthony (Khrapovitsky), Constantine Kern (later Archimandrite Cyprian), Vassili Zenkovsky and the recently created Action des Etudiants Russes.

In 1925, graduating from the faculty, he married in Prague Mariamna Nikolaevna Andrusova, daughter of academician and geologist Nikolai Andrusov and granddaughter of archaeologist Heinrich Schliemann.

After that he taught catechism in a high school in Skopje, continued his scientific work and wrote a doctoral thesis in theology on the subject: "The power of the state in ecumenical councils". The thesis obtained the approval of Professor Alexander Dobroklonsky. Being already in Paris he unable, for family reasons, to go to Belgrade to defend it.

In March 1930, he received a scholarship from the Saint Serge Theological Institute in Paris. In October of the same year, after an introductory course, he was appointed to give a weekly lecture at the Institute from 1930 to 1931 on the sources of Canon Law.

From 1932 to 1940, he was associate professor at the Saint Serge Theological Institute where he taught Canon Law and Greek. He deepened his knowledge of the New Testament. He wrote many articles which have been printed as well as many unpublished and unfinished works.

In these works, many themes and problems from other writings of Nikolai Nikolaevich are sketched out: the nature and origin of ecclesiastical councils, law in the Church, the Church and the power of the State (the Church and the “world”), as well as his interest in dogmatics (“Ibas of Edessa” is devoted to the history of Christological disputes), which brought him closer to Father Serge Bulgakov.

In the early 1930s, N. Afanasiev worked on religious, educational, moral and social issues as a collaborator of the religious pedagogy section of the Institute of Theology, created by Basil Zenkovsky, his friend and professor in Belgrade.

Thanks to his participation in Father Serge's seminar, Nicholas Afanasiev began to get involved in dogmatic questions, and his historical and canonical studies became more and more dogmatic, as a result of which his canon law courses became courses in ecclesiology. The enormous personal influence of Father Serge, his spiritual father and older colleague, and his ideas on the central place of the Church and the Eucharist led N. Afanasiev to the creation of "Eucharistic ecclesiology". He held the conference "Two Ideas of the Universal Church" in Father Serge's seminar, which, curiously, aroused some criticism from his colleague. Was it not because N. Afanasiev was not a sophiologist, although he greatly appreciated the teachings of Fr. Serge as "the greatest attempt to explain evil in the ways of monism"? He perceived Moscow's condemnation of sophiology both as his personal drama and as a tragedy of the Church.

Grieved by the criticisms of his master, N. A. for a time abandoned the line of Eucharistic ecclesiology. He returned to the study of councils, being particularly interested in the question of their origin. For this work, with the help of Father Serge and Metropolitan Eulogy, he set off on a trip to London and Oxford in 1936. There he began the great work bearing in the “List of Writings” 1936-1947 the name “The Councils of the Church and their origins ”. This work started in "Bulgakovian" tones in the cycle of ideas of conciliarity. Then he gradually moved on to the study of the Eucharistic assembly and the doctrine of the Church as the Body of Christ.

Unfortunately N. Afanasiev could not continue this project: he was planning to go to Rome, but could could not go there. At the start of the 1939 war, N. A. found himself in Switzerland. He received an offer to stay in Switzerland, but chose to return to Paris on December 6, 1939. Fearing that his manuscript would be lost during a border check, he left it safe in Switzerland.

On January 7, 1940, Metropolitan Eulogy ordained him deacon and on January 8, 1940 he was ordained a priest.

In May 1940, he was evacuated from Paris to the Pau region, then he settled in the south of France, in Saint-Raphaël. He lived in Saint-Raphaël until November 1941 under weekly police surveillance and in difficult conditions. In November 1941, he managed to leave with his family on the last ship from Marseille to Tunisia, where life after all seemed to him to be heavenly. There he was appointed rector of the Tunisian parish by Metropolitan Eulogy, later - rector of the Church of St. Alexander Nevsky in the city of Bizerte. For five years, Fr. Nicholas served in Tunisia, sometimes even the Greek community. He officiated in Slavonic, Greek, French and preached in Russian.

At the end of the war, in 1946, he tried to return to Paris, but he did not succeed until 1947. In Paris, he immersed himself completely in scientific work. In 1940, in exile in the south of France, without books, except for the New Testament and the "Apostolic Tradition" of Hippolytus of Rome, without his manuscripts which remained in Switzerland, Fr. Nicholas had started his work again. On Carthaginian soil, his parishioners, former Russian naval officers and their families, had offered him a typewriter with Russian characters, on which he was able to continue his work - "The Church of the Holy Spirit".

Back in Paris, he published a large number of articles on the Eucharist, the ecclesial assembly and the « power of love ».

During the Theological Institute's end of year celebration, Fr. Nicholas read a speech on the topic “The power of love (contribution to the problem of law and grace)”. From new sources he immersed himself in the revision of the work of the "Church of the Holy Spirit", and this work was presented as his doctoral thesis on June 2, 1950. The jury consisted of Bishop Cassian and Professor V. Weidle. Subsequently, he developed his thesis by adding the parts “Church of God in Christ” and “Catholic Church”, from which “Una Sancta” was born. As a result, the “Church of the Holy Spirit” turned into a six hundred page book, which delayed its printing.

At the same time, the activities of Fr. Nicholas had grown considerably: he was appointed chairman of the canonical commission and chairman of the ecclesiastical tribunal of the Russian Exarchate of the Patriarchate of Constantinople, and since 1963 he was also rector of the Church of St. Serge.

He collaborated with Fr. Cyprien (Kern) in the organization of the liturgical meetings of Saint Serge from 1953 and participated in many ecumenical meetings.

At the center of his activity was then the resumption, at the Theological Institute, of the teaching of ecclesiastical law and of the history of the early Church.

In 1952, Fr. Basile Zenkovsky, Boris Yulievitch Fis and Fr. Nicholas Afanassieff succeeded in creating a series of works: "Orthodoxy and modernity". These works had a great success in circles close to the Second Vatican Council.

In these years, Fr. Nicholas overworked by his current duties, no longer even thought of publishing his great works. But his presence at the Fourth Final Session of the Second Vatican Council in 1966 comforted him. He rejoiced at the offer of YMCA-Press editions to publish the book "The Church of the Holy Spirit", but did not live until this moment. Fr. Nicholas passed on December 4, 1966, the day of the Presentation of the Mother of God to the temple.