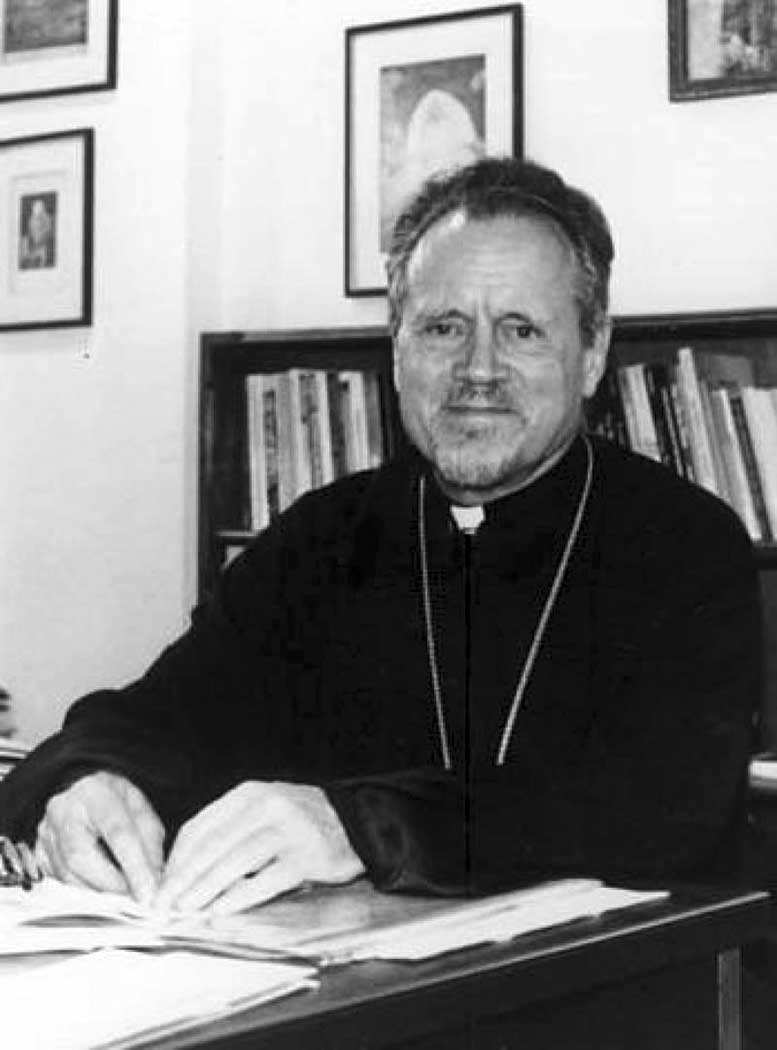 Born in Neuilly in 1926 and died in Montreal in 1992, he was one of the most famous theologians not only in the Orthodox Church but in the entire Christian world during the second half of the twentieth century. His works remain classics of Orthodox theology and historiography.

This great scholar and priest exercised his talents within the Archdiocese in the first part of his life as a teachers and a priest.

After secondary studies in Paris, when he was a sub-deacon at the cathedral of the Archdiocese with the twinbrothers André and Alexander Schmemann, and Constantin Andronikof, Ivan (Jean or John) Meyendorff began a theological training at the Orthodox Theological Institute Saint-Serge, which he completed in 1949. In 1948, he had already obtained a “license” from the Sorbonne, followed by a Diplôme d'Etudes Supérieures (1949) and a Diploma from the Ecole Pratique des Hautes Etudes ( 1954). He obtained his Doctorate of State in 1958 with a pioneering thesis on the teachings of Saint Gregory Palamas.

This thesis would make him world famous as, in the Orthodox world, knowledge of Saint Gregory Palamas was reduced to a few biographical data and a feast on the second Sunday of Great Lent and remained almost non-existent in the Western world where the bits and pieces of information about this Saint even made him suspect. The great theologian Jean Meyendorff, who had not only brought up to date the teachings of this great Father of the Church, but also discovered still unknown manuscripts, demonstrated how Palamite theology proceeded directly from the patristic tradition of the East and posed the foundations on which the great spiritual movements of the Orthodox monasteries were to be built, which breathed new life into the whole of Christian, central and eastern Europe. Father Jean's thesis (followed by numerous articles and a small popularization book on Saint Gregory Palmas) had such an impact that Western theologians thoroughly revised their view of Saint Gregory Palamas and a whole section of Orthodox theology.

After being recruited as a professor at the Seminary of St. Vladimir in New York in 1959, Father Jean Meyendorff still published a large number of works on Orthodoxy, of an essentially historical nature. He was also a corresponding member of the British Academy (1977), doctor honoris causa of Notre Dame University (Indiana, United States), of the Theological Institute of the Episcopal Church of New York and of the Theological Academy of Saint Petersburg.