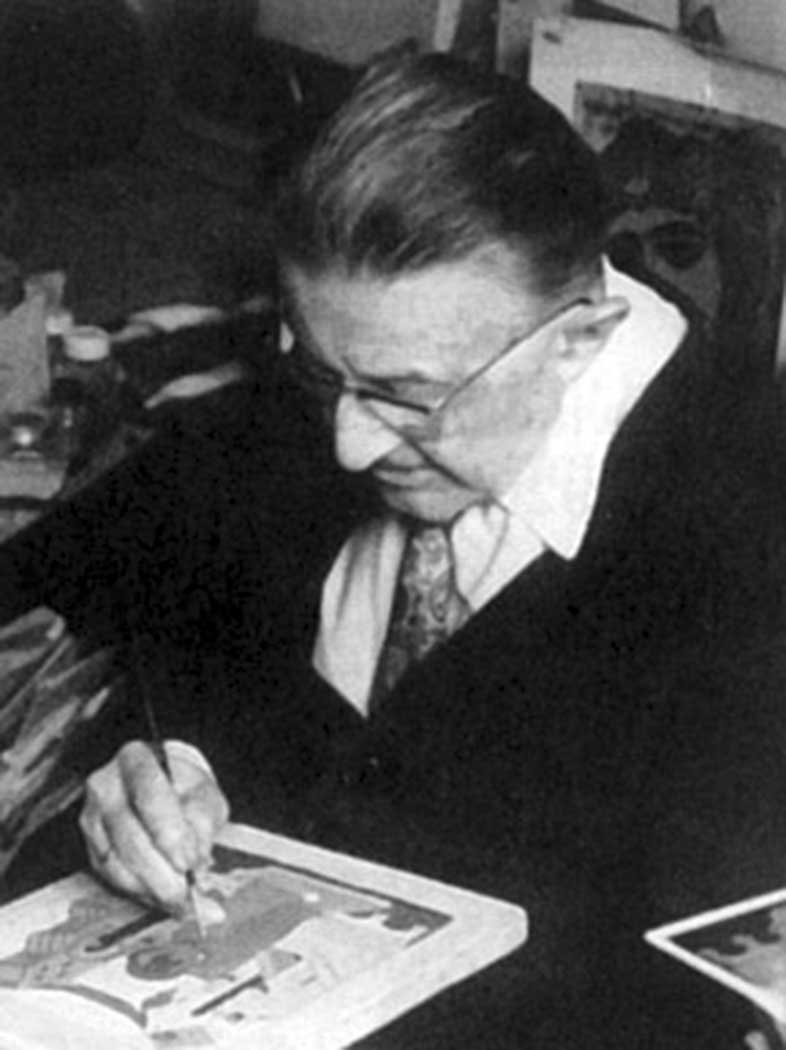 George Vadimovitch Morozov is born on October 24, 1900, in Odessa. He is a son of the painter Vadim Lvovitch Morozov and the grand-nephew of of the artists Nicholas Bodarevsky and Catherine Petrokokino. George Vadimovitch emigrates to France in 1920, settles in Paris and becomes a close friend of the painters and iconographers Dimitri Stelletsky and Peter Fedorov. Member of the Association « The Icon » since 1930, he takes courses with the master iconographer and Old Believer Pimen Sofronov. In 1950 he becomes the vice-president of the Association. He teaches painting and icon painting and gives lectures consecrated to this subject. George Morozov renounces business and his career as a banker in order to consecrate himself completely to iconography.

He spends his last years in the Russian Maison de retraite in Sainte-Geneviève-des-Bois.

George Vadimovitch Morozov dies in 1993. He is buried at the cemetery in Meudon, near Paris.