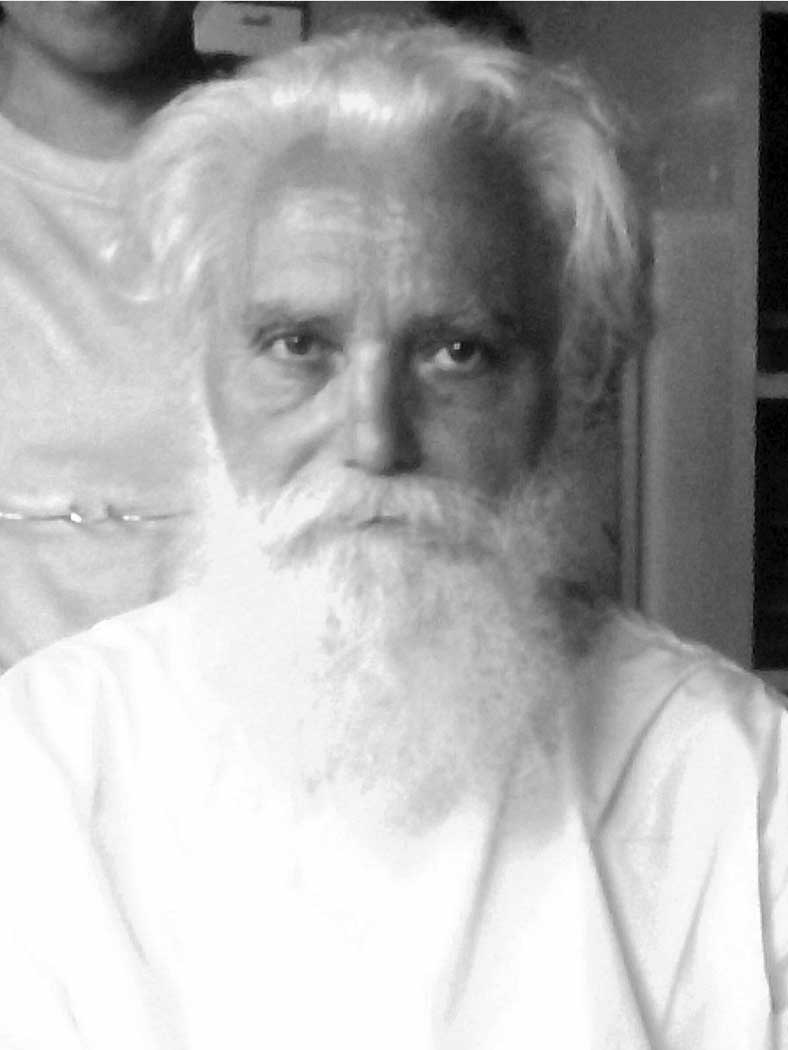 Father Georges Nicolaïévitch Drobot was born on November 2, 1925 in Kharkov, present-day Ukraine. His father, Nicolas Trofimovich, a former fighter in General Denikin's Army, teaches Russian, Ukrainian and history in various schools. His mother, Anna Ivanovna (née Moroz), is an ophthalmologist. After the German invasion in June 1941, he was taken along with members of his family by the Compulsory Labor Services and sent as "Ostarbeiter" to Katowice in Poland. He escapes from the camp and leaves for Berlin where he is baptized at the Russian Orthodox Cathedral. At the end of the war, his parents and his brother Vsévolod (who would later also become a priest in the United States in the Russian Church Abroad) and he are forced to flee Germany. They meet in Rome, where they are hosted by Archimandrite Simeon (Narbekoff) at the Church of Saint Nicholas, on via Palestro.

In 1947 Georges Nicolaïévitch, on the advice of Archimandrite Simeon, enrolled at the Saint-Serge Institute, where he had as co-disciples, Georges Wagner (future archbishop), Georges Khodr (future metropolitan of Byblos and Batroune in Lebanon), and Nicolas Koulomzine, future archpriest and professor at the Institut Saint-Serge. His teachers at the Institute are Archimandrite Cyprien (Kern) and Professor Antoine Kartachev. Previously in Rome, Georges Nicolaïévitch learned to paint icons from a pupil of Pimen Sofronov, an iconographer from the Riga Old Believer community. In Paris, he continued to study the art of the icon and himself became a talented iconographer. After obtaining his degree in theology, he married Marianne Tichonicky, niece of Metropolitan Vladimir. It was Metropolitan Vladimir who ordained George Nicolaievich to the diaconate on December 4, 1952, and to priesthood on January 19, 1953.

After his ordination, Father Georges was sent as a priest to eastern France. He was first rector of the small parish of Morhange, in Moselle, where he created the iconostasis. In 1954, he was also responsible for the parish of the Holy Trinity in Montbéliard in Doubs, which he regularly took care of until the end of the 1990s. He produced the iconostasis of the Orthodox chapel installed in 1956 at his initiative and with the agreement of the municipality of Franche-Comté, in one of the medieval towers of the Württemberg castle. From 1956 to 1963, Father Georges replaced the rector of the Saint-Spyridon church in Rueil-Malmaison, then from 1963 to 1988, he succeeded Father Cyprien (Kern) as rector of the Church of Saints-Constantin-et -Hélène in Clamart. He was also chaplain of the Russian Scouts in France. He recorded a series of religious radio broadcasts for the BBC, RTL, and for the Belgian radio station Radio-Omega which broadcast to the USSR. In 1974, he was elevated to the dignity of archpriest and received the miter on November 1, 2003, the day of the priestly ordination of his son André.

For many years, he lived on the Saint-Serge hill in Paris, where he regularly celebrated the weekday services. He also worked in the diocesan candle factory, installed at that time on this hill under the small apartment he occupies with his wife and his seven children, an apartment which also served as a workshop and classroom for his students. He became a member of the "Icon" association and founded the first school of iconography by correspondence in Finland. From the sixties, Father Georges devoted himself to iconography as his main activity after the priesthood. He painted and taught the technique and theology of the icon, and organized exhibitions in many cities in France. In January 1973, Father Georges defended a doctoral thesis at the Catholic Institute of Paris, on the theology of the icon of the Nativity of Christ. This thesis was then published, in 1975, by the editions of the abbey of Bellefontaine, under the title "The icon of the Nativity: a corollary and a means of formulating the dogma of the Incarnation" (№15 of the series " Eastern Spirituality "). This thesis had previously been read and approved by Saint Justin (Popoviс), whom Fr. Georges had visited in Serbia in 1970. After this thesis, he spoke at the congresses of the Christian Action of Russian Students and published numerous articles on the meaning of the icon. For many years he taught icon painting (notably at the Ecole du Louvre where he was a lecturer) and regularly gave lectures on their meaning, as part of the ADAC workshops in the city of Paris. He regularly organized internships in different regions of France and Europe and has organized and participated in more than thirty icon exhibitions. In 1980, he founded the association "Icons and Tradition" which ceased its activity in 2007 after having published 47 magazines on the art of the icon. In 1984 he began painting frescoes in the Catholic Church of Saint-Jean-d'Arves (Savoy) and in 1986 in Caorle, Veneto. After the fall of the Soviet regime, he was invited to Moscow to restore the frescoes in the Trinity Church in Khorochovo, north of the Russian capital. There he founded a school of fresco painters and with his students produced frescoes in several churches in Moscow. During the 1990s he produced frescoes for the Greek church in the village of Cargèse in Corsica.

After the death of his spiritual father, Archimandrite Job Nikitin in 1986, Archpriest Georges Drobot took care of the All-the-Saints-Russes hermitage in Mourmelon-le-Grand and undertook the construction of a new church according to the project developed with one of his Finnish iconographer students, Liisa Kuningas. The church is modeled after the traditional religious architecture of northern Russia and built of wood. Built in Finland, it was then dismantled and assembled in Mourmelon on the site of the old skite chapel. Father Georges and his students are responsible for the creation of the iconostasis and icons. The church was consecrated on November 19, 1988 on the occasion of the celebrations of the Millennium of the Baptism of Russia, by Archbishop George (Wagner) who named Father George "builder and curator" of the hermitage with the pastoral responsibility of the Orthodox faith in the region.

At the end of the 1990s, he moved to Strasbourg, then in 2008, while seriously ill, he moved to the Russian retirement home of Sainte-Geneviève-des-Bois, where he could regularly attend the liturgy and take communion in the chapel of the Russian House. He passed on November 4, 2011 and was buried at the All-the-Saints-of-the-Russian-Land skite in Mourmelon.