Parish of Christ the Savior, Vichy

Vichy, sub-prefecture of the Allier department, has been a spa town since Antiquity. It was at the beginning of the 19th century that the city of Bourbonnaise was transformed, with the construction of the thermal baths. Curists come from all over Europe to stay in "The Queen of the Towns of Water". Thus the first links are forged between Vichy and the Russians.

In 1869, the Grand Duchess Marie, sister of Tsar Alexander II, came to take the waters in Vichy; It was in 1891 that the Grand Duke Alexis stayed there for a spa treatment. Religious services were then celebrated in a house rented from the city. The officiant, a Hieromonk of Lavra Alexander Nevsky, was commissioned by the Metropolitan of Saint Petersburg.

Until the First World War, the Vichy municipality maintained contacts with Russia. As early as 1900, mention was made of the construction of a church in Vichy, then Bellerive-sur-Allier, in order to be able to accommodate a greater number of Russians wishing to attend Orthodox services. The October revolution will prevent this project from seeing the light of day.

1920 marks the start of Russian immigration to France. In his autobiographical work "Le Chemin de ma vie", Metropolitan Euloge mentions the presence of "several hundred Russians in Vichy, permanently; they were mostly workers from the local factory. " 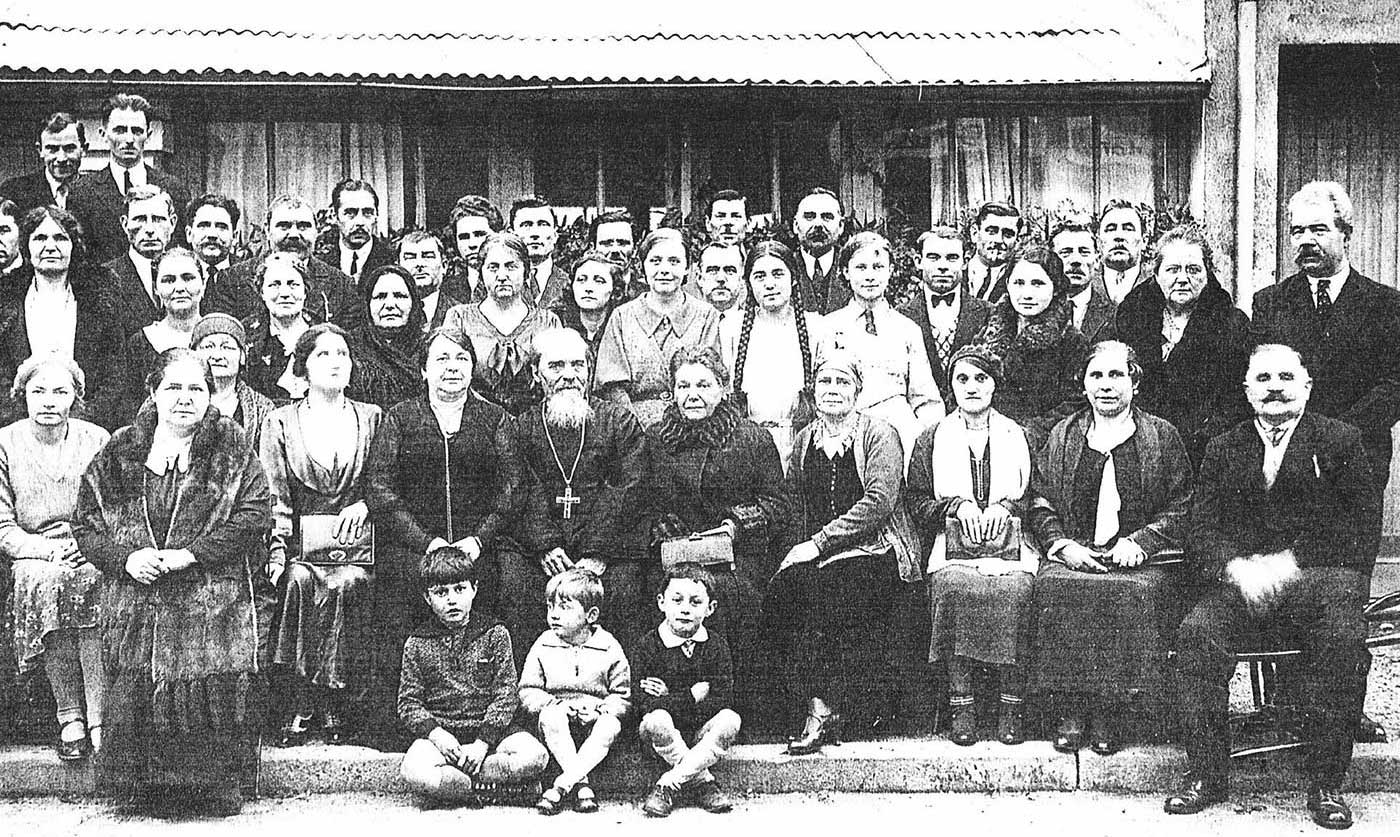 The parishioners of Vichy in the 1920s

Clermont-Ferrand, the prefecture of Puy de Dôme, a neighboring department, also had a great need for labor and welcomed many immigrants. But it was in Vichy that Monsignor Euloge and Archimandrite Jean (Leontchoukov) decided to establish an Orthodox parish, Vichy "where there were more faithful, and more united". She first settled in Place Catalpa, then in the crypt of the Protestant temple in 1932. The first priest to serve this parish was Archpriest Theodore Postavsky, followed by Archpriest Serge Orlov, who had been coming for many years to this parish. seek treatment in Vichy.

During World War II, there were no celebrations in Vichy.

In 1959, I returned to work in Vichy and live with my grandfather, a Russian immigrant who had lived in France since 1920. A priest was then officiating at his home, rue de Poitiers in Cusset.

It was in 1969 that the statutes of the “Russian Orthodox Religious Association of Christ the Savior”, located 3 rue du Docteur Fouet in Vichy, were deposited in the sub-prefecture, and submitted to the authority of Monsignor Georges (Tarassoff), Archbishop of the Russian Orthodox Churches in Western Europe. The rector of this young parish is then Archpriest John Krasnobaïeff.

The Orthodox presence in Vichy will experience a revival in 1975. The Seliverstoff family indeed comes to settle in Cusset. Father André Fortounatto, rector of the parish of Saint-Prix and friend of the family, will celebrate the Divine Liturgy at their home during his visits to Bourbonnais.

Xénia Seliverstoff very quickly learned of the existence of the Orthodox chapel in rue du Docteur Fouet, which my mother frequented at the time.

From the end of the 1980s, it was Archpriest André Fortounatto who celebrated the Divine Liturgy there once a month. The direction of the choir will be provided by Xénia Seliverstoff. In 1997, the Parish of Christ the Savior will offer, for ten years, hospitality to members of the Parish of the Transfiguration, itself under Romanian jurisdiction.

At the start of the 2000s, the Catholic nuns, owners of the premises on rue du Docteur Fouet, wished to recover their use. The parishioners then set off in search of a new place of worship.

It was in May 2003 that the Orthodox parish of Christ the Savior and the Dormition of the Mother of God moved to 8 rue du Docteur Charles in Vichy. The choir is directed by Hélène Fortounatto and Père Michel Fortounatto. 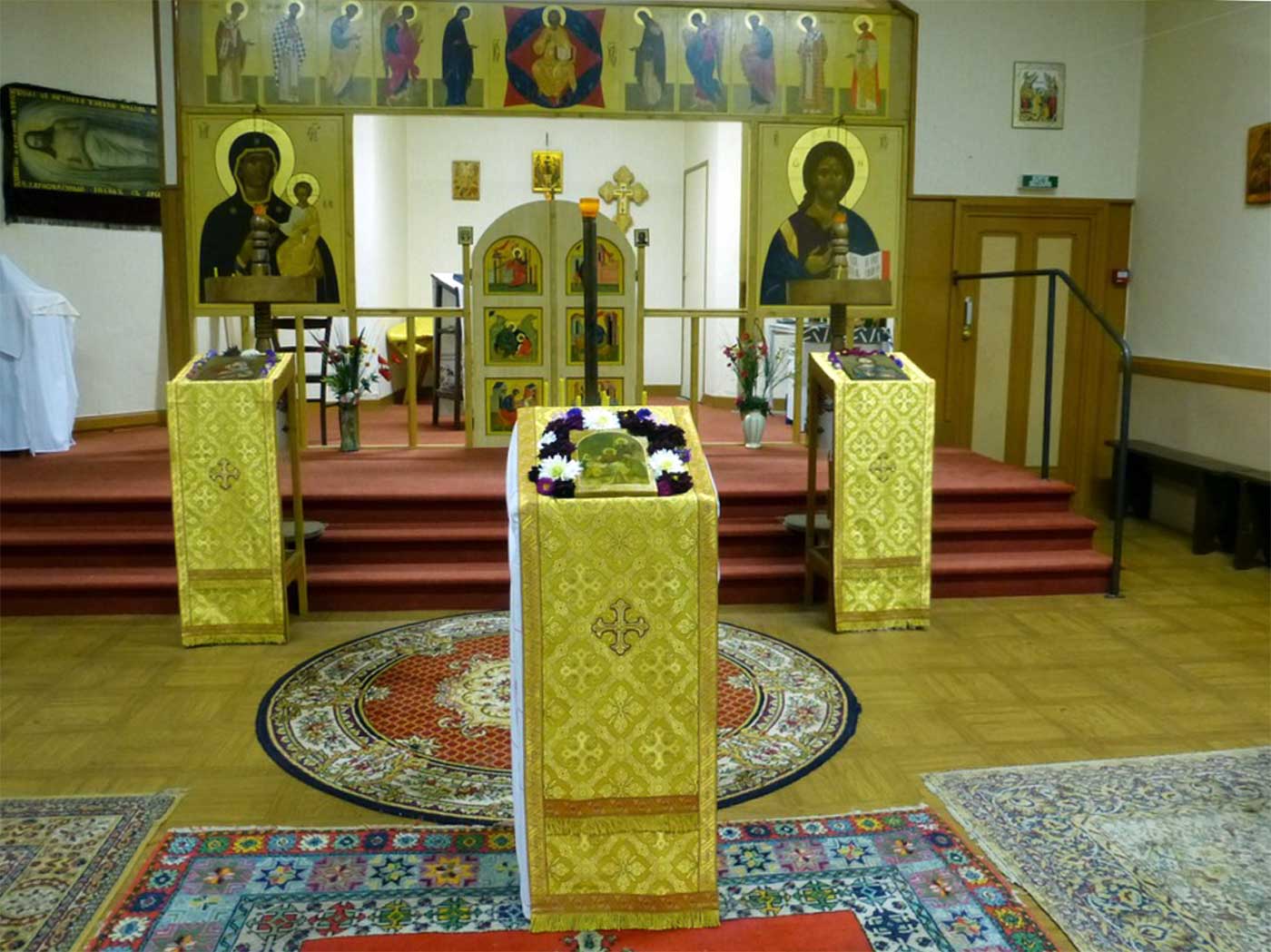 The church of Vichy today

Archpriest André Fortounatto is called back to the Lord on January 11, 2020. The Russian parish of Vichy owes its rector what it has become today. It is honoring his memory that his story will continue to be written.