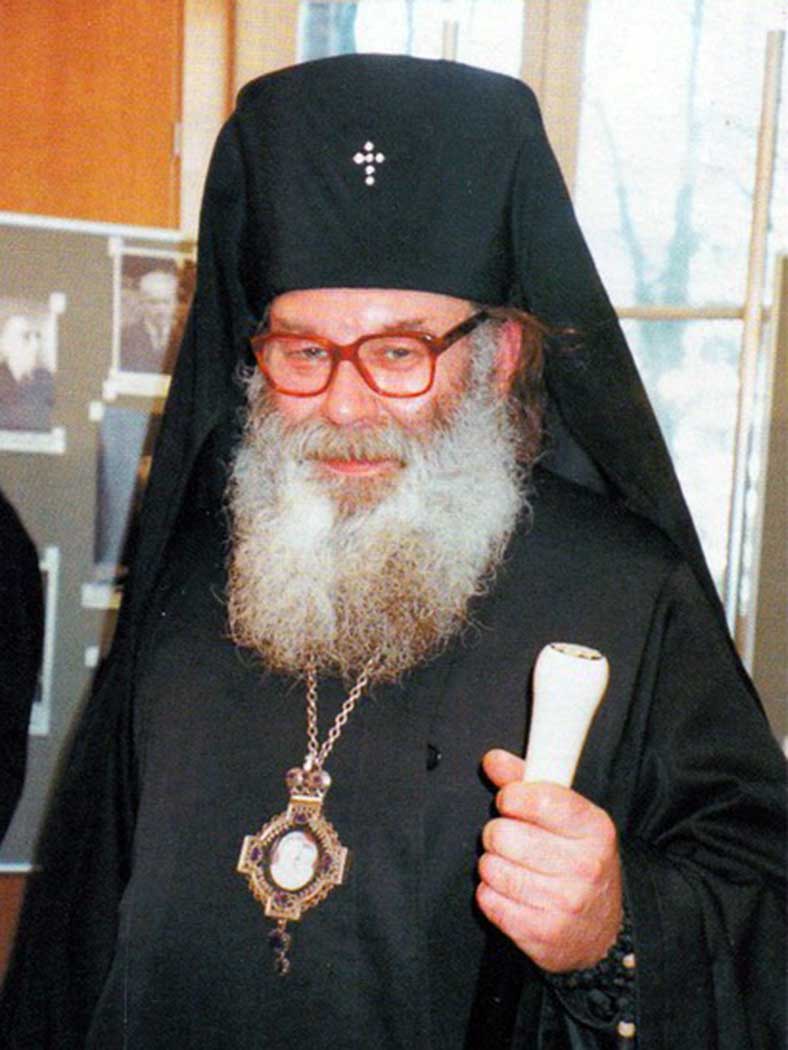 On February 24th, 1980, during the first week of Great Lent, protodeacon Serge was ordained to the priesthood by bishop Georges (Wagner). Over Easter 1980, Father Serge was appointed by Archbishop Georges (Tarassoff) rector of the parish of Saint Panteleimon and Saint Nicolas. He remained rector there until his death in 2003. From his appointment as head of this parish, Father Serge did everything he could to actively revitalize parish life. He published a bimonthly parish bulletin and celebrated offices every Saturday evening, Sunday morning and on great holidays. This regularity in the services attracted many parishioners but also occasionally many other people, coming from other jurisdictions, wishing to find themselves, to seek advice or to learn the liturgical life. Archbishop Basil (Krivocheine) of Brussels and Belgium - Moscow Patriarchate - openly recommended Father Serge to people in need of spirituality and advice.

The personality of Father Serge, who was above jurisdictional conflicts, was well reflected during the funeral of his matushka on August 10th, 1984, where members of the Patriarchate of Moscow, the Ecumenical Patriarchate and the Russian Orthodox Church Outside of Russia concelebrated.

To try to break down these jurisdictional barriers, Father Serge wanted to create an Orthodox catechetical school for children, regardless of jurisdiction. This dream, nevertheless blessed and approved by the various hierarchs of that time, unfortunately never saw the light of day. Father Serge was also part of the “Spassky” choir, which brought together people from all jurisdictions. On June 4, 1990, Father Serge received the monastic tonsure and was elevated the same year to the rank of Archimandrite.

From the start, Archbishop Serge worked towards a unity in the Church. The Russian origins of the archdiocese were very dear to him. To underline his attachment to these origins, he wore a cross on his klobuk, the sign of the rank of archbishop in the Russian tradition.

In May 1995, he undertook an official trip to Russia, with a delegation from the Archdiocese, where he concelebrated with the Patriarch of Moscow, which had never happened before. The celebration with Patriarch Alexys II is the beginning of a long process of rapprochement between the two branches of the same church. During this trip, Monsignor Serge receives a parcel of the relics of St Sergius of Radonezh. To commemorate this historic beginning, he had the relics placed in a large icon of Saint Sergius, which he offered to the Alexander Nevsky Cathedral, seat of the Archdiocese, where it still remains to this day.

Archbishop Serge wanted at all costs to keep the specific identity of the archdiocese, but with more internal autonomy. This wish was partly fulfilled with the granting of the Patriarchal Tomos of June 20th, 1999 and the return of the exarchate status for the Archdiocese.

In 2000, Archbishop Serge participated in the canonization of new Russian martyrs and confessors in Moscow as well as in the consecration of the Cathedral of Christ the Savior.

When Archbishop Serge died on January 22th, 2003, the project to join the archdiocese as a related identity to the Moscow Patriarchate was being finalized.