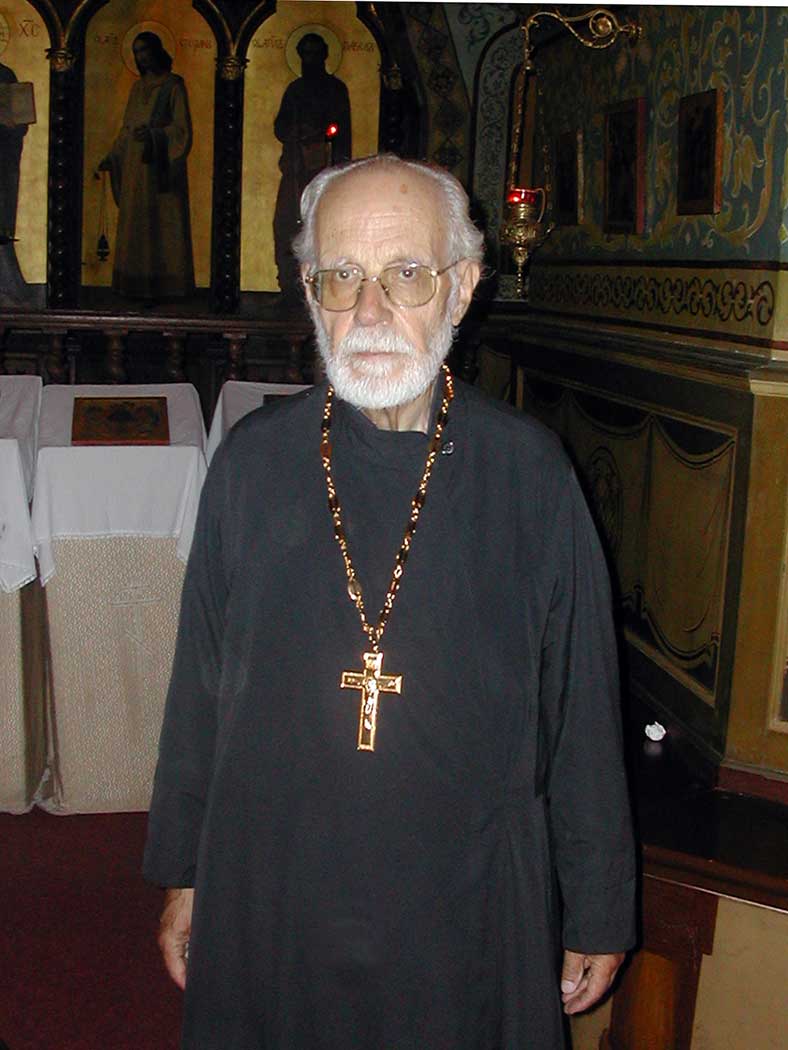 Son of Paul Evdokimov, a great theologian of Russian emigration, Michel Evdokimov was born in Menton on September 19, 1930.

Agrégé in English, he first taught at the Alsatian School, then, after defending his doctoral thesis in 1979, he was professor of comparative literature at the University of Poitiers for 27 years, specializing in French literature, English and Russian. In 1981 he defended a doctorate on Khomiakov and Slavophiles. After his retirement, he also taught at the Collège des Bernardins.

In the early 1960s, with the help, among others, of his father, he was behind the creation of the French-speaking parish of the Holy Trinity, in the crypt of the Saint-Alexandre-Nevsky cathedral, located rue Daru in Paris. He directed the choir there for nearly twenty years, doing a lot of work of adapting liturgical texts and melodies in French.

In 1979 he was ordained a deacon and then, in 1981, he became a priest in the Archdiocese of the Orthodox churches of the Russian tradition. He first officiates in the crypt, with Father Boris Bobrinskoy, then serves various parishes (in Boulogne-Billancourt, Chaville ...)

In 1984, he founded the parish of Saints-Pierre-et-Paul in Chatenay-Malabry and will remain its rector until his retirement in 2019.

Engaged in the Orthodox Fraternity in Western Europe, he was co-founder and director of the S.O.P (Orthodox Press Service) and member of the editorial staff of the Orthodox spirituality review Contacts. A fervent worker for pan-Orthodox unity, he is one of those who worked for the creation of the Assembly of Orthodox Bishops in France (AEOF), of which he was the secretary for many years. To bear witness to the Orthodox faith and to make it known to the West, he appeared on numerous radio and television broadcasts, notably in the program Orthodoxie and on the KTO channel.

In the same spirit of openness and dialogue as his father, who was in contact with Catholic theologians such as Father Daniélou, Father Congar or Father de Lubac, he had opened a home for foreign students in Sèvres for La Cimade. . Fr. Michael was very active in the ecumenical movement in which he was greatly appreciated; he was also a delegate for ecumenism for a long time.

He was also a member of the ACAT (Action by Christians for the Abolition of Torture) Steering Committee for many years.

Fr Michel Evdokimov is the author and translator of numerous books on Orthodox theology and spirituality, and on Russian literature and culture.